Rodney Atkins makes his living performing country music for his fans, but the best times in his life are on the water with his family. 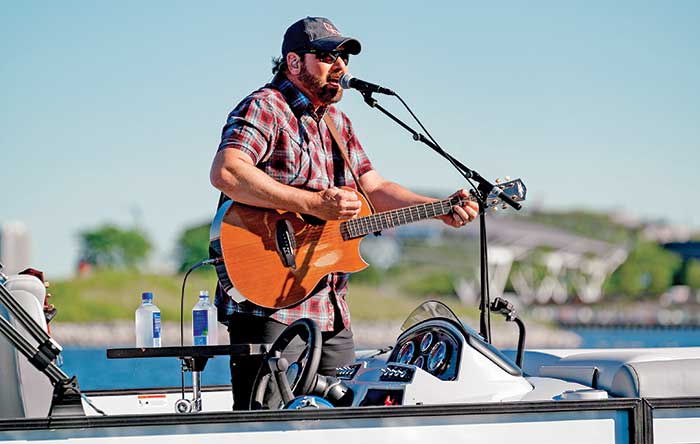 Country music star Rodney Atkins says his boating life has come full circle now as he introduces his own kids to the lifestyle. "I grew up fishing with my folks in middle Tennessee. My dad had a little houseboat, and I spent as much time as I could fishing off that boat. Eventually, I saved up enough for a jon boat, which I fished in some of the regional tournaments," says the 53-year-old father of three boys. "Now we're rockin' the pontoon with my one older son and the two little boys, so I'm getting them out on the water like my parents did for me."

"It sounded like a whole lot of fun, as I'm traveling around the county, to stop in at some of these marinas to perform," Atkins says. "In the past, I've performed for people both in boats and on land — and it's definitely just a time to have a good time." 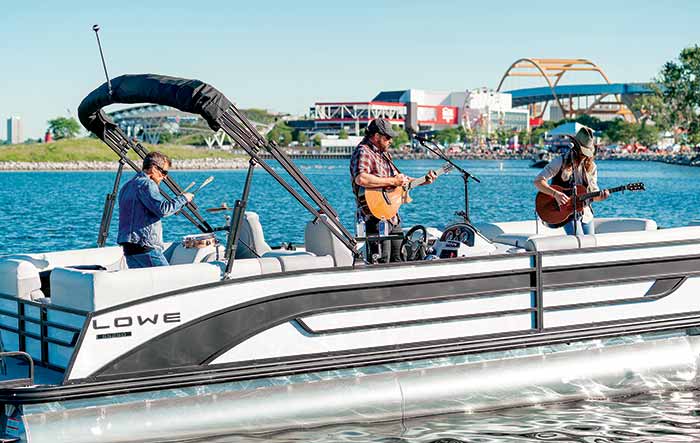 Lowe Boats sponsored the "Summer of Lowe" concert series where Atkins and his band played aboard Lowe boats at four venues in the South and Midwest.

The country hit-maker of "If You're Going Through Hell" and "Watching You" entertained boaters in Wisconsin, Missouri, Alabama, and Tennessee this summer. Lowe hosted two Summer of Lowe watch parties on Facebook Live for fans who couldn't attend. Believe it or not, the bright lights and fan adulation isn't what Atkins was chasing when he started making music. 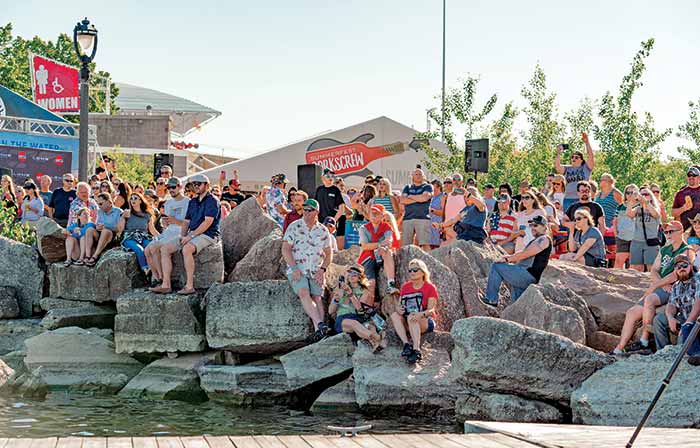 Rodney Atkins plays for an in-person and virtual crowd at Summerfest on Lake Michigan, Wisconsin.

"The truth is, I just wanted to write songs. I had written off getting up and performing because I would shake the water out of a glass from nerves," he says of his early career. "Somewhere along the way, as I was writing songs in Nashville, some friends of mine made me get up and perform at a writers' night, which is where songwriters showcase their works," he says. "At some point, I noticed the crowd singing along, and I realized performing wasn't about me. It was about us being connected and forgetting where we are for a little while. Based on that experience, I started writing songs that encourage people to sing along. The magic of live music for me is when we all lose track of time and sing along together." One of his first hit songs is aptly titled "Sing Along."

He likens his change in attitude about performing to what any boater seeks when they head out on the water, "to forget the B.S. and focus on the present, being where you are. Being together."

That's the reflective side to a very public artist, who sounds like just about any seasoned boater. What's a great day out on the water for Rodney Atkins?

"Just being with my boys, watching them reel some fish in, and losing track of time. Being with them, those are special times," he says. "A kid catching a fish is a magical moment, and to experience that, with just us out there, it's one of the best things in the world."

Tracking The Man Who Tracked Columbus

Historian Samuel Eliot Morison spent five months at sea aboard a three-masted ketch retracing the routes of Christopher Columbus across the Atlantic Ocean and around the Caribbean.

The newest marine gear, gadgets and the niftiest nautical items for gifting your favorite boater this holiday season.

Best Day On The Water: Embrace The Adventure

A families' memories of a beautiful night on the water enjoying tasty gumbo and looking at a million stars over the Everglades.