Organize Your Boat With Kayak Tracks

Kayak gear tracks may have been invented specifically for those tiny single-person boats, but they can be useful on all kinds of craft. 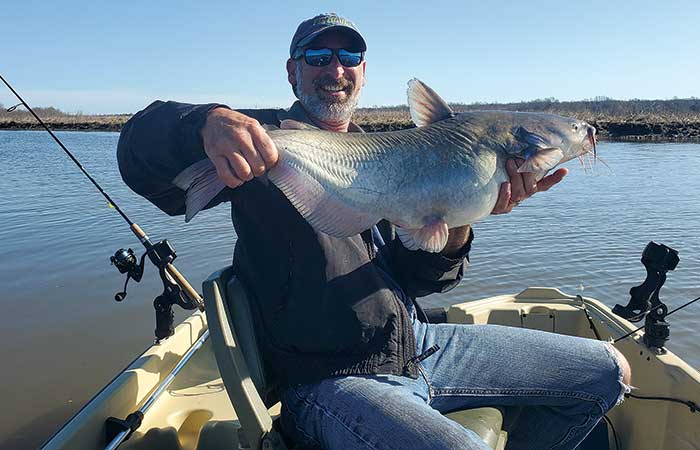 Nobody knows how to utilize limited space better than kayakers. For them, flexibility is the name of the game, and that's what makes gear tracks a great solution. They can be mounted on any flat surface and their interchangeable accessories are easy to move back and forth along the track or remove altogether when not in use.

You can attach a couple of rod holders next to your seat while you're taking casts at the shoreline, then slide them toward the stern for a slow trip back to port. Need a cup holder? Clip one on. Wish you had an adjustable fender cleat? Add one to the track. The only real question is, why should kayakers get to have all the fun as they keep their decks clear of clutter?

Tracks allow kayaks to be rigged with all sorts of accessories ranging from mounting arms for fishfinder transducers to tie-downs.

Given the flexibility that they offer, it's not surprising that kayak tracks have started working their way aboard other types of boats, particularly small jon boats and skiffs, which often have gunwales too narrow for flush-mounting similar accessories. The tracks themselves come in all shapes and sizes (and there are plenty of homebrew options that can be viewed online), but the mounting systems are generally universal. The standard accessory holder is a T-bolt that slides into the track and then gets tightened into place with a hand screw or track nut.

Adaptors and universal mounts allow for tremendous versatility in what you can mount using a kayak track. Mounting with thru-bolts and backing plates or washers will result in better strength than using screws, which may be pulled free with less resistance. (Photos: YakAttack)

The range of accessories is huge, and with a track or two mounted on your boat, you can then add fishing rod holders, cup holders, light-duty cleats, fishfinder and electronics mounts, flag and light staffs, knife/pliers/tool holders, eye bolts for tie-downs, transducer arms, action camera mounts, cellphone holders, even throttle mounts for electric motors and — in case you happen to actually be outfitting a kayak — paddle holders. Adding to their adaptability, there are also gearlike 90-degree adaptors, extension booms, and universal mounting plates.

There is one catch in that kayak tracks are less sturdy than traditional deck and flush mounts. Cleats and gear tie-downs can only take so much stress, so when it comes to fishing rod holders and the added leverage of a long rod, a sizable strike could potentially damage the rack or wrench it off altogether. That being said, if you're bringing in a bluefin tuna on a 16-foot skiff, you probably have other things to worry about. In general, the tracks can withstand anything you could reasonably throw at them, but the strain you intend to put on them should play into whether you opt for plastic or metal and how the track is mounted.

On The Right Track

A quick search for "kayak gear tracks" will yield a slew of options, including manufacturers like Railblaza, YakGear, and YakAttack. The offerings from all the major manufacturers range widely in size and tend to be competitively priced. Using YakAttack as an example, both plastic and metal GearTracs come in three models rated from low- to heavy-duty. Its GTSL, GT, and GTTL (respectively) all come in lengths ranging from 4- to 16 inches. Depending on the size you opt for, a GearTrac will set you back from just $10 to $35. 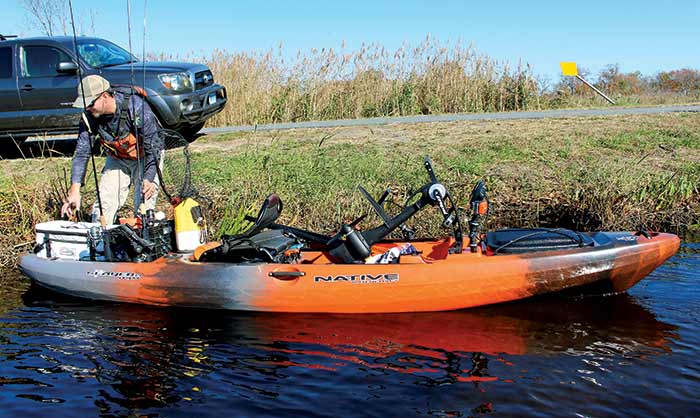 Aluminum T-tracks are a popular cost-effective alternative. They're designed for woodworking but function almost identically at a quarter of the price. They're comparable to YakAttack's midrange models in terms of strength, however, they're not designed for marine applications and run the risk of corroding after a few seasons if used in the saltwater environment.

Accessories made by some manufacturers will only fit on that manufacturer's tracks. However, adaptors are often available, and for the DIY-inclined, the simple attachment method allows for customization. With a set of tracks installed on your boat and a few parts from the local hardware store you can mount almost anything — the possibilities are endless.

How To Mount Kayak Tracks

What kayak tracks may lack in rigidity, they certainly make up for in convenience — and that goes for installation, too. Ideally, they should be affixed with locking nuts to a backing plate on the underside of the mounting surface. In applications where that isn't possible, self-tapping screws can be substituted at the cost of sturdiness. And for the sake of water tightness, it never hurts to line the holes with a dollop of your marine adhesive/sealant of choice.

Still, however you choose to do it, a set of kayak tracks can be mounted on most boats in a matter of minutes with a basic set of tools.

Cost: Up to $35 per track; accessory prices vary

It's one thing to do it yourself. These boat projects are a whole other story. Check out 10 owner installations that went haywire.

Boat Restorations: A Return To Glory

These two BoatUS Members know their way around a DIY project, and know what it takes for a full boat restoration. Here's the results of their of makeovers.

The Chemistry Of Boat Engine Coolant

This oft-overlooked maintenance item is critical to ensuring your boat's engine operates properly. Here's what you need to know.

how to diy install and repair accessories