Practical Sailor tested marine varnishes in some of the harshest conditions: 24 months under intense Florida sun. Here are the products that rose to the occasion. 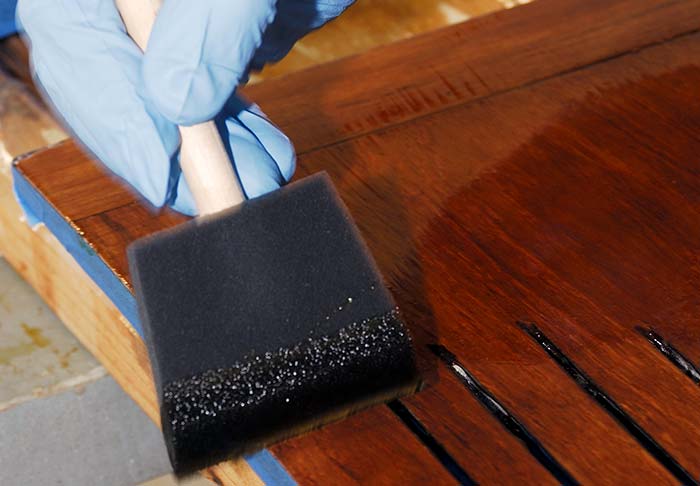 Two-part varnishes (a resin base to which a hardener catalyst must be added prior to application) were the top performers after two years, according to Practical Sailor. (Photo: Mark Corke)

The respected newsletter Practical Sailor (PS) is often described as "Consumer Reports for boaters." Subscriber-funded, it doesn't carry advertising. Every month, PS publishes the results of its independent, long-term marine-product tests. Its recent marine coatings test impressed us, and with their blessing we're sharing their results with our BoatUS members.

Over a two-year period, PS tested 22 one-part varnishes, six two-part varnishes, 18 synthetics and satins/varnish alternatives, and eight teak oils and sealers, each one on a small panel of bare solid teak under the Florida sun. The test panels were checked every few months, and editors reported how the finishes held up at the one-year mark.

PS reports: "With the exception of a few two-part products, all the test coatings lost their sparkle at the two-year mark. The UV had sucked the life out of most of the coatings, particularly the clear finishes. Nevertheless, some performers were much stronger than others."

These top-performing one-part varnishes
still needed a second coat after a year.

In the real world, at the one-year mark, all of the one-part varnish and varnish-alternative test panels would be due for a maintenance coat. After two years, the one-part varnishes offering the most protection and a harder and more abrasion-resistant finish were Pettit's Z-Spar Captain's 2067, Detco Crystal (since discontinued), and Le Tonkinois Vernis. This extended protection came with trade-offs: Detco rated only "fair" for application, Le Tonk's gloss started to slip after one year, and Pettit's 2067 started losing its original color after 12 months. Boat owners in areas with less sunshine than PS's Florida test site should also consider Pettit's Flagship 2015 or Captain's 1015.

One hardware store varnish held its own: Minwax Helmsman Spar Urethane, costing half the price of many of the top-rated one-parts. It slacked in its color-retention ratings but had good multiseason durability.

If you opt for a one-part varnish, PS recommends an annual maintenance coat, whether it looks like it needs it or not. 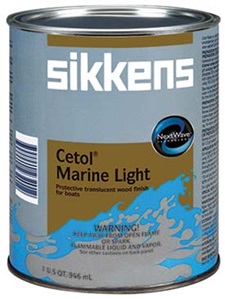 The varnish alternatives needed another
coat after a year, but they held their color.

None of the varnish alternatives performed well enough to earn PS's recommendation for full two-year wood protection, though Sikkens Cetol Marine and Sikkens Cetol Marine Light were notable. The opaque look may not appeal to everyone, but they were easy to apply, easy to maintain, and held their color for more than a year, a good reminder that higher-solids finishes tend to offer better UV protection. With modest maintenance (once a year scrubby pad and a fresh coat), the Cetol products with gloss overcoats proved to be the most durable of the varnish alternatives.

Impressively, it took two years for the top two-part varnishes to finally start showing their age. Best performers were Interlux Perfection (now called Perfection Plus) and Nautiking Nautithane, both offering uncompromised protection and better-than-expected gloss after 24 months, according to PS: "Two-part varnishes may be a pain to apply — and should you go too long and let the coating fail, you'd better invest in a heat gun to get it off — but their wet, glossy look and durability is unmatched."

how to diy skills tips tools

Winner of many national feature-writing and leadership awards, BoatUS Magazine Editorial Director Bernadette Bernon has steered America’s top boating publication to numerous high honors. She's on the BoatUS Foundation board, co-founded the Safety at Sea Institute with US SAILING, is a feature writer for national travel and boating publications, co-authored the international best-selling book Maiden Voyage, and is the former Editorial Director of Cruising World and Sailing World magazines. Bernadette and her husband went cruising for six years on their 39-foot cutter Ithaka, have chartered boats in the top sailing destinations of the world, and now have a 24-foot Seaway lobster boat.