Want to Know How a Boat Will Perform?

Look below the waterline. 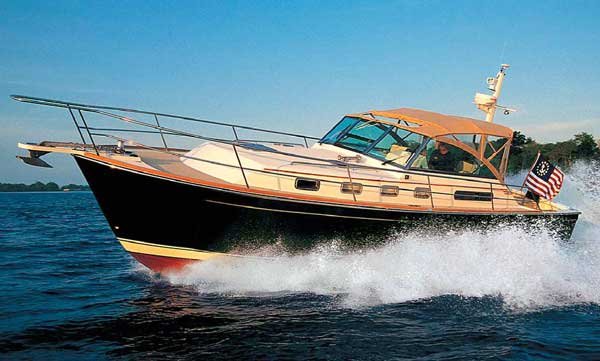 If you have ever had your teeth rattled by a bow slam or had your face turn green in the face of five-foot rollers, you will quickly agree that choosing the proper hull form is crucial in maximizing happiness and safety at sea. And, if you've ever been down that road before, you will also realize that there isn't one special hull that can meet all of your requirements. As with many things in life, choosing a hull form is a compromise between that which is important to you and that which you are willing to sacrifice. In order to make the right decision, it is useful to understand the trade-offs of your various choices.

No discussion of hull types would be complete without a general distinction between displacement and planing craft: the tortoise and hare of boating. The differences between the two are well known and hardly require any discussion, except to mention that each has the ability to be quite seaworthy — albeit for different reasons. And since planing hulls reign supreme among recreational powerboaters, we will steer the discussion in that direction.

Planing hulls are defined by straight sections and a sharp chine, both of which help to reduce the rolling motion encountered in a beam sea. This geometry serves to maximize lift and minimize drag imparted by the water, allowing for higher speeds than their displacement counterparts. Traveling at higher speeds means the planing hull rides above the waves, making the boat less susceptible to wave motion but more susceptible to meeting the next wave with a headjarring slam. And while the slam may be unavoidable, the shape (or quantity) of the planing surface can be altered to mitigate the effects.

At the forefront of planing hull geometry is deadrise. Deadrise is the angular measurement from the hull to a horizontal plane, typically measured at the transom. This measurement quantifies the "vee" of the hull, usually placing it in one of the following categories: flat-bottomed, modified-vee or deep-vee. Where flatbottomed is self explanatory, a deep-vee hull typically has a deadrise of over 20 degrees and a modified-vee is somewhere between the two. The three categories exhibit one of the most basic compromises in boat design: that of efficiency versus comfort. A flat-bottomed hull can utilize 100 percent of its bottom surface to lift the hull out of the water, leaving no shape to reduce the severity of slamming. A hull with any amount of deadrise must sacrifice some of its lifting surface to "slice" through the waves, making them less efficient (due to increased wetted surface) but more able to cushion a wave landing. Essentially, a deep-vee boat will be the most comfortable when in a seaway, but will be the least comfortable when at the fuel dock.

Luckily, it is possible to regain some of the efficiency losses of the deep-vee, and one popular method is through the use of "steps." A stepped hull has a transverse break in its hull, where the aft section is raised by one or several inches compared to the forward section. The purpose of this is to force air into the created pocket. When a planing hull is moving through the water, the forward most point of the hull's interaction with the water is the location of the highest lifting pressure. By introducing air behind the step, the next part of the hull that intersects the water creates a similar high lifting pressure. The added lift of a second high-pressure point causes the boat to travel farther out of the water, which decreases wetted surface, reduces running trim, and increases overall efficiency. This increased efficiency allows stepped hulls to use the deepvee shape for seaworthiness while not being terribly worried about the loss of efficiency. It should be noted, however, that a stepped hull does not handle like a traditional hull and may surprise the boater who is not used to its unique operational requirements. 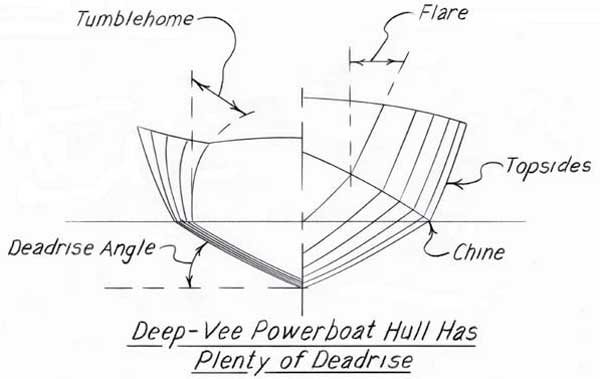 So while changing the shape of a hull is a great way to achieve your ideal boat, it is not your only option. Another significant characteristic to consider is the quantity of hulls. Indeed, in a boating community dominated by mono-hulls, multi-hulled vessels (catamarans, trimarans) have been steadily gaining ground (or water), thanks to their undeniable seaworthiness.

Catamarans incorporate two slender hulls connected above the water. These slender hulls have a small water plane area — the area made by an outline of the waterline. Because of this, these hulls are generally quite efficient and lend themselves to sea-kindly shapes. And due to their overall width, catamarans can be quite stable in a beam sea, too. While underdeck accommodations may be minimal or nonexistent, catamarans can have extremely large deck areas, thanks to the ability to spread the two hulls as far apart as desired. This may only become an issue when attempting to find a suitable dock slip. 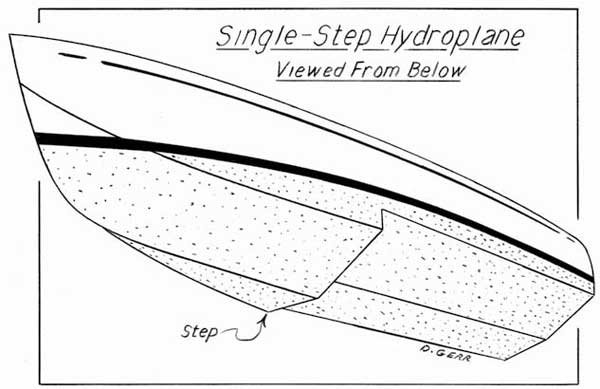 Of course there are many more variations in hull configuration than what have been mentioned here. Unfortunately, explaining them all in detail would take much more discussion than can fit in this article, and that's where independent research will prove most useful. For example, if the boat has inboard power, prop pockets should be investigated as a good way to reduce the vessel's draft and increase efficiency (by reducing shaft angle). And most planing hulls have lifting strakes which help to increase the hull's lift without sacrificing deadrise or adding beam. Above the hull, aesthetic features like bow flare and sheer curvature can do wonders for reducing water spray — and happen to look good, too. Just like deadrise and quantity of hulls, these are a matter of personal preference and could be considered in your decision.

Sifting through the various hull combinations may seem like a daunting task. However, with a solid understanding of the trade-offs involved with each decision, the end result is sure to be a rewarding one. You will be left with a boat that meets your needs and fits your budget — and puts a smile on your face every time you use it.

Hulls That Save On Fuel And Prevent Seasickness

Efficiency decreases exponentially as speed increases, which is why displacement hulls (hydrostatically supported) are more economical than planning hulls (hydrodynamically supported). In other words, going slow is the ultimate solution to saving fuel. If you're interested in saving money but not slowing down, select a planning hull that is lighter and narrower with a reduced deadrise.

If seasickness has been preventing you from enjoying being on the water, could a different hull be the magic elixir? Even though there is no hull form that is best for all conditions, choosing a better hull can greatly reduce the motion of the ocean. Wide, stable boats present the greatest comfort in a beam sea, and a properly designed deep-vee can make traveling at 30 knots seem almost motionless when swells are on the bow. If changing hull forms is not an option, you could consider installing roll-mitigating equipment — such as fin stabilizers or a gyroscope. Note, however, that the expense may give you second thoughts; getting seasick occasionally may not seem so bad.

Supported at all times by buoyancy.

Supported, above a certain speed, by hydrodynamic forces lifting the hull.

The sharp transition from hull bottom to hull side, running the length of the vessel and providing clean separation for the wake.

The angular measurement of the hull bottom, quantifying its "vee".

The area of the hull that is in contact with the water (more wetted surface = more drag).

Recessed area of the hull sized to accommodate the propeller.

Small protrusions along the bottom of a planing hull (similar in shape to spray rails) which add extra lift.

Curvature in the deck edge of a hull when looking at it from the side.

Chris Becker is a lifelong boater and a naval architect. He graduated from Webb Institute in 2008 and currently works for the American Bureau of Shipping in New Orleans, Louisiana.