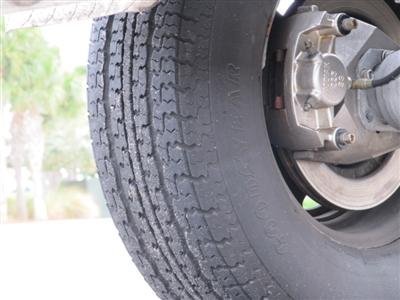 If boat trailers weren't dumped into water every time they go on the road, there would be less money spent and more time being on the water instead of waiting for maintenance to be completed at the trailer shop or in your own backyard. But it has never worked this way and although the forecasters like to talk about a day when a no-hassle trailer will be available, don't hold your breath. Instead, try to understand some brake basics from those who have made a career out of fixing what water does to metal.

Dustin Hoover, who along with his partner Christopher Grimm owns Legendary Trailer Repair in Annapolis, Maryland says he's been called by BoatUS Roadside Assistance to fix a broken down boat trailer on the side of the road too many times because the owner just didn't pay attention to the way water will corrode a brake system or master cylinder. And too many times he's seen the face of the family standing on the side of the road eager to visit a vacation spot on the Chesapeake or the ocean when they are told "this is going to take a while." Brakes cause heartaches. But if not cared for properly, they can cause something a lot worse.

Jim Haley, National Sales Manager for Tie Down Engineering which makes trailer brake systems says anytime a trailer is put into the water, there is a potential for trouble. The key, he observes, is to pay attention to the trailer after it's been in the water.

"Salt water is the most corrosive atmosphere a boat trailer can be in, so the owner has to pay attention to the very real fact rust will go to work every chance it's given."

Trailers, like their tow vehicles, use disc or drum brakes. Drum brakes have more moving parts and remain the most popular system. The most common servicing is changing the brake shoes and when this is done, you should insist all springs and fasteners be replaced as well. Every time you step on the brake pedal, a piston presses against the brake shoe, pushing it against the brake drum. Friction goes to work and the boat trailer slows down.

Disc brakes have been compared to the center-pull brakes on a bicycle. Changing brake pads is the most common servicing they require. Usually, disc brakes will let you know when new pads are needed by squealing when pressure is applied to the brake pedal. This is the result of an appropriately-named "wear indicator" coming into contact with the disc after enough material on the pad is worn away. Hoover issues this warning however: "Remember the trailer is always behind you. So there's always the chance you won't hear the squealing of a bad brake pad." The other common service required on disc brakes is rotors becoming worn. You'll know it because you'll feel a shuddering or vibration when applying the brakes.

Is there a preference? It depends on who is doing the talking. Dustin Hoover sees advantages to both. "I don't think disc brakes have been out long enough to say they are better or worse than drum brakes. Discs have incredible braking power. But when drums are properly installed, they work faster and harder. If I were putting brakes on a trailer for me, I'd use drum. I know the system and I know how important it is to use stainless steel or galvanized parts rather than something less expensive that has been painted."

"Discs are more expensive," says Tie Down's Jim Haley, "but I'm seeing a lot of folks using our products because they want to convert from drum to disc. They are sick of changing out drum brakes every two years. They are harder to service. If you know what you're doing, it will take about 90 minutes an axle to make the conversion. Drum brakes require a flush kit to get the salt water out and it's practically impossible to get all the salt water out. The salt residue is tough to rinse out of a drum brake."

Both Hoover and Haley agree it is a wise decision to have brakes checked at the beginning of every season (especially after a trailer has sat outside in rain and snow and wind) and periodically during the season. "Anytime anyone asks me about a concern they are having about their brakes," says Jim Haley, "I tell them to take it in and have someone look it over. The other option is to do nothing and it just isn't worth it." Hoover says a trailer boater doesn't have to know anything about brakes in order to see some warning signs that something isn't working properly:

Take the cap off the master cylinder and check inside for any signs of rust. This can be done by observation but the best way is to poke your finger in for a "first hand" inspection.

Look at the brake lines. If possible, try to move them. Inspect for corroded areas and places where cracks might occur. Look at the backing plate from below the trailer. Check the tires and brake assembly for rust marks.

Here's one more example of how brakes can bring heartache, colorful language and wasted time because someone wasn't paying attention. Hoover recalls a summer night when he was contacted by BoatUS Roadside Assistance to help a boater broken down en route to Pennsylvania because his left wheel brake cylinder had frozen up. He made the repair, made sure the boater was okay and drove back to his office. At 11p.m. BoatUS Roadside Assistance called him again. The same boater was broken down 11 miles from where Hoover had left him. This time his right wheel brake cylinder had locked up.

BoatUS former Director of Technical Services Bob Adriance says the more you use your trailer (and brakes), the fewer the problems you are likely to have. Sitting for long periods of time is an invitation for corrosion to make a home. Having a routine for brakes (either in your backyard or in your trailer service center) is as good a guarantee as you're going to get that the home corrosions elects isn't going to be in your trailer.