For those impacted by Hurricane Ian, we hope you and your loved ones are safe. We are here for you. Policyholders, you can easily file your claim online. Claims Info 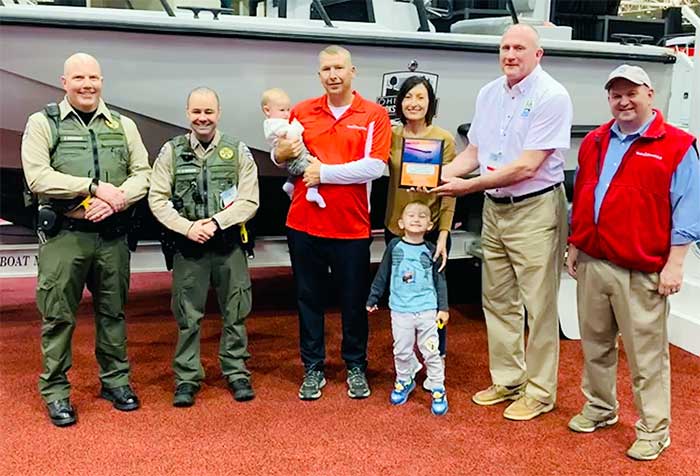 TowBoatUS Sandusky was honored with the Ohio Department of Natural Resources Service Award during a ceremony on March 18 for continued service to the public and critical aid provided to the Lake Erie community. The award was presented to Captain James"Jimmer" Kennedy by Division Chief Glenn Cobb on behalf of the State of Ohio, Division of Parks and Watercraft. Capt. Kennedy was honored due to his exemplary support to the police and response to many boating accidents.

“In 2021, he was first on scene at two very critical boat accidents that resulted in serious injuries," said ODNR Lieutenant Walter Hodgkiss."His prompt response and quick actions possibly saved the lives of those involved. For all of this, we would like to thank Jimmer for all he does." ODNR also thanked Capt. Kennedy for being a helping hand — towing vessels for officers and storing impounded vessels — as well as remaining a trusted friend to the community of Lake Erie.

Whether you're a snowbird or a local ICW boater, this free monthly newsletter is a must-read for avoiding navigation hazards along the Intracoastal Waterway.

Set Your Course For The Sailing Museum

This new sailing museum in Newport, Rhode Island, allows seasoned sailors to revel in their sport while enticing new sailors into the family.

Anglers can now target their catch at distances up to 750 feet while accessing more detailed bottom information.