While you might not be able to attend any boat shows this winter, all is not lost.

Several hundred thousand enthusiasts visit boat shows held coast-to-coast every year — most between September and February — to get an up-close view of the latest and greatest in all things boaty. Enter 2020 and COVID-19. The breezy, carefree, dream-a-little-dream boat show experience we all know and love is mostly on hold for now. A few show managers are pressing ahead as of press time. But most shows have been canceled.

Despite these headwinds, new and used boats are selling strongly at local dealerships and at the private-seller level according to the National Marine Manufacturers Association. After a quiet March and April, it seems even nonboaters figured out that escaping to the water was one of the most viable and compelling recreational options. By May, new boat sales jumped 59% from April — up 9% even from prepandemic levels, according to NMMA's Sarah Salvatori. "Total sales in May were the highest they've been in a decade," she says, "with upticks across all segments." Other notable statistics:

Here at BoatUS, we met many of those new boaters flocking to take online boating courses offered by our BoatUS Foundation. Plus we're seeing new-boat registrations go through the roof. The bowrider segment was up 12%; pontoons and aluminum fishing boats rose nearly 23%. Compared to 2019, June registrations for both personal watercraft and jet boats shot up more than 27%. Across a 30-state sampling, more than 12,100 new PWCs were registered, according to Michigan-based Statistical Surveys Inc., a leading market analyst for the recreational marine industry. On the other hand, registrations for boats 30 to 40 feet were down by 18%, 40 to 65 feet down 40%, and sailboat registrations were down 64%, according to SSI. 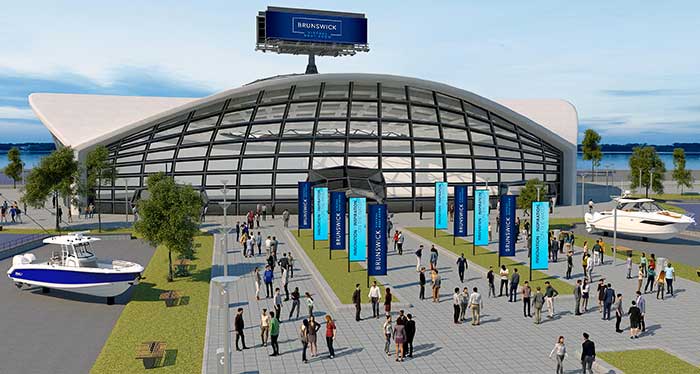 "Everything is selling — both new and preowned," says Brett McGill, CEO and president of MarineMax, the world's largest recreational boat retailer. "Boating is a new recreation for people who otherwise would've taken the family to Disney for a weekend or traveled abroad for the summer. We've seen so many new customers buy their first boat. And with that, you'll get word-of-mouth interest from a friend or neighbor who sees that boat or participates in the boating lifestyle with the owner. It opens their eyes to look at the water differently."

With new boats comes a need for new gear. Lorene Frank, a California-based regional marketing manager at West Marine, says the company experiences the same ebb and flow of spring business. "Like most businesses, we definitely saw a decline as this pandemic hit but have since seen a big increase as people are getting outside and back on the water," she says, noting the largest increase coming among kayaks and stand-up paddleboards, but "sales continue to be strong in boating accessories and fishing, with an uptick in watersports and electronics as the season peaked."

The people who design, build, sell, and maintain your boat and accessories are happy for the business and are trying to feel their way through this pandemic. Our editors saw this coming as we started getting invites to "virtual product introductions." Instead of flying to some nice marina to tour and sea trial a boatbuilder's latest vessels, we've previewed cool new boats, gear, electronics, and engines through online video press conferences complete with slick videos showing off special features.

So, in lieu of your show pass, here's a glimpse of what you would've/could've seen at the fall and winter shows. Then, as an extra bonus, we include lots more detail on these and many other impressive boat and product debuts, plus additional photos and info on all those included in the articles below. Stay safe, enjoy the water, and we hope to see you next year!