ATTENTION Policyholders in LA, TX: For those impacted by Hurricane Laura, we hope you and your family are safe. We are here for you. Policyholders, you can easily file your claim online. Learn More

How To Fix A Slapping Hatch

A hatch that bangs each time you hit a wave is dangerous and can get on your nerves. Here's how to lock it down. 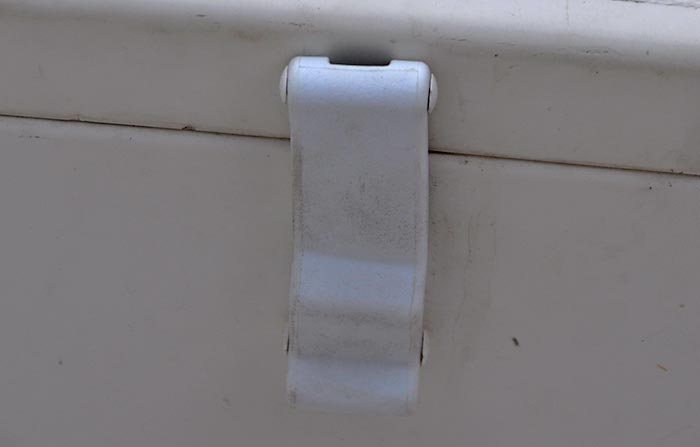 We chose a low-profile draw-style latch with hardware sheathed in soft thermoplastic because our mounting location is exposed to passenger foot traffic.

A compartment hatch that opens slightly and slaps shut with each wave while underway can be annoying, but it's also damaging to the compartment and its contents, the lid, and hinges. A loose hatch can even be dangerous if gear starts shifting or someone's fingers or toes get in the way of the wayward lid.

The deck hatch over the large storage compartment forward of the helm of my center-console had no clasp to secure it and counted on sheer gravity to stay closed. Opening the hatch was accomplished by using a simple round lift tab, which was handy as it required only one hand.

The setup worked well enough when the boat remained on smooth seas. But when we met a chop, the hatch would rattle, chatter, and slam, depending on the water conditions, boat speed, and entry. I figured the same thing was probably happening while the boat was being towed on the trailer whenever we encountered bumps in the road.

The situation called for an aftermarket clasp to secure the hatch in the closed position, and to do so tight enough that it didn't rattle. I wanted something simple that I could open with one hand, that was inexpensive and easy to install, and didn't pose a threat to ankles on the busy section of the deck where I intended to place it.

Having tested boats that used a variety of hardware to hold hatches shut, I recalled a low-profile latch that was constructed using a flexible material to latch the components under tension, thus eliminating any chatter-inducing play. The same material covered the hardware with protective padding that would be forgiving to ankles that would invariably come into contact with the clasp.

A quick search online revealed that what I sought is a flexible compression-style clasp called a Soft Draw Latch made by Southco. The Soft Draw line features thermoplastic molded over stainless-steel hardware for marine applications in two sizes, large and small. It even comes in white, which I preferred for my particular application.

I ordered a C7-10 concealed front-mount model in size small from Boat Outfitters. The latch mounted without a hitch and eliminated the hatch slap and chatter. It's easy to open and close, and its low, soft-padded profile has yet to draw blood from my passengers or me. 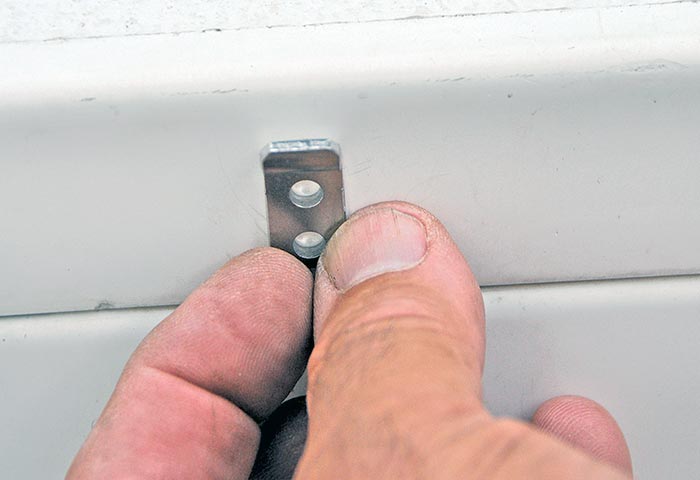 1. After determining the best location for the latch mount (in this case, front and center of the hatch near the lift tab), mount the keeper. Mark and drill holes for the bolts using the holes in the keeper as guides. 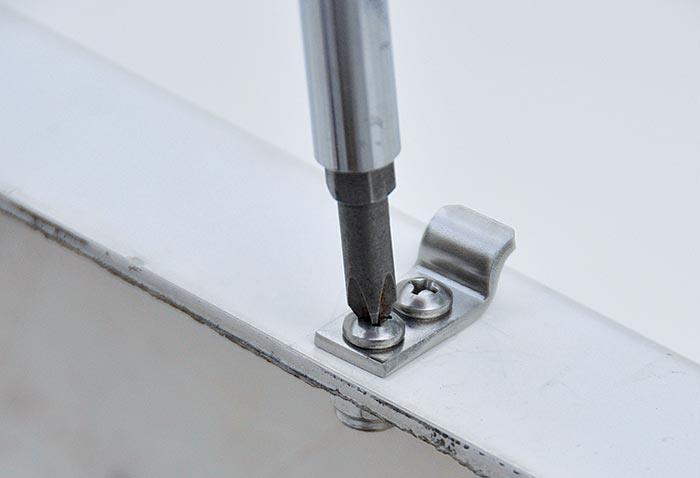 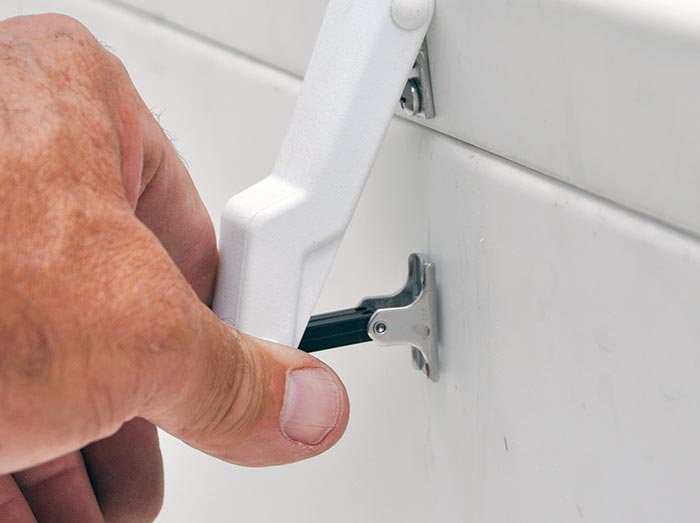 3. Hang the latch lever from the mounted keeper, noting where the bracket should be mounted to stretch the flexible lever assembly and get the desired tension when the latch is clamped. 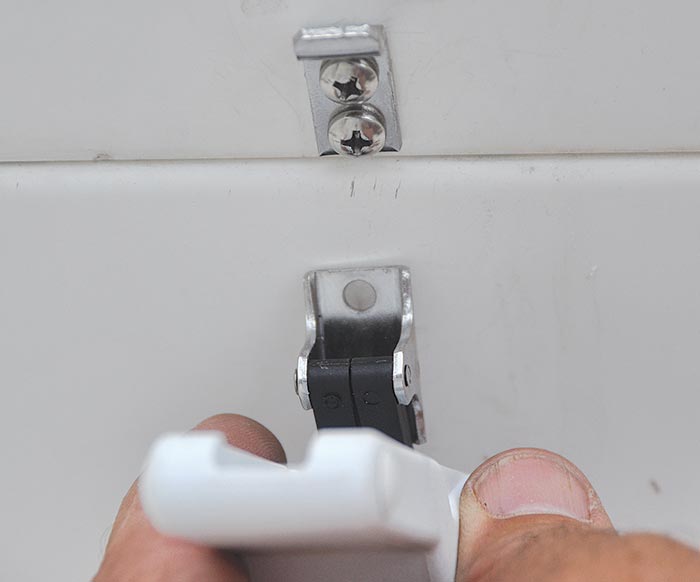 4. Mark the bracket position and use the holes as guides for drilling the pilot holes for the mounting screws. 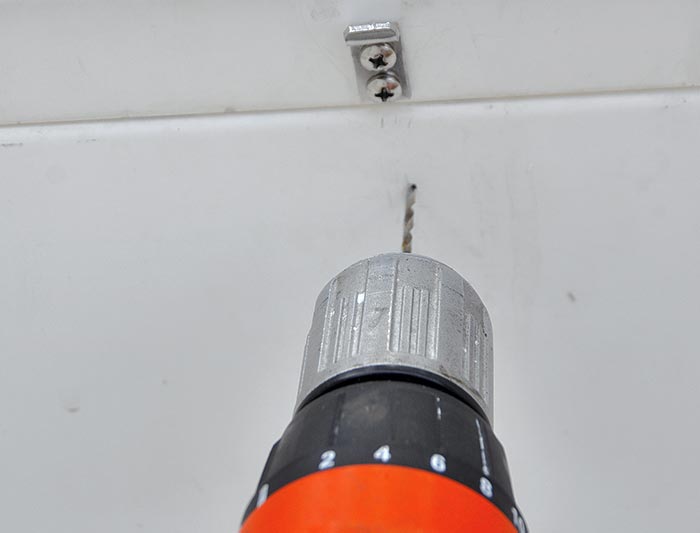 5. With the drill in reverse to minimize gelcoat chipping, drill the pilot holes for the screws used to mount the latch bracket in place. 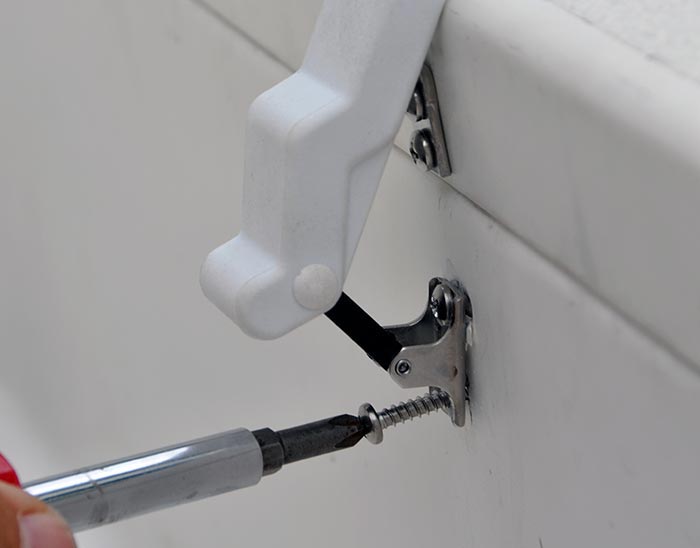 6. Tighten the mounting screws for the latch bracket. 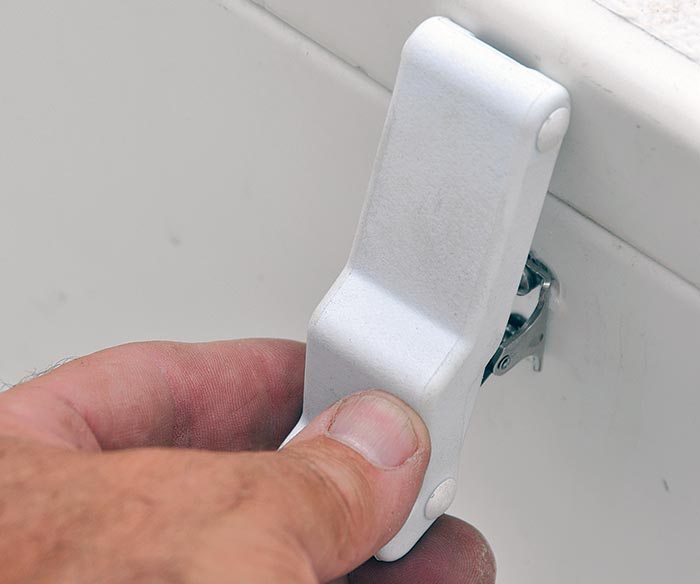 7. Test the latch to make sure it's mounted in the correct position to hold the hatch closed under tension. 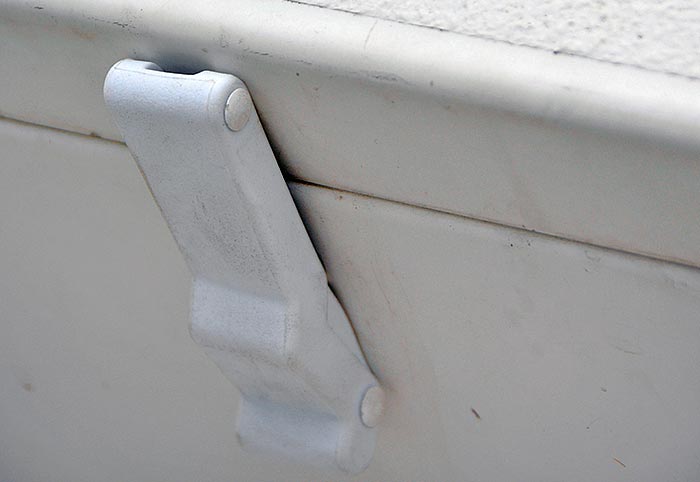 8. The completed installation means no more rattling, slapping hatch on the road or on the water!

how to diy install and repair hardware

A full-time travel and outdoors writer based in Ohio, Dan is in his 20th season hosting the popular syndicated radio show Buckeye Sportsman. He gets around on a pontoon boat and an Aquasport center-console, which he uses for all his DIY editorial projects and fishing features. A USCG Captain (Master 50-ton), he’s a popular speaker at boat and sport shows.