How To Tie A Rolling Hitch

Learning how to tie the very useful rolling hitch can get you out of a jam — literally. 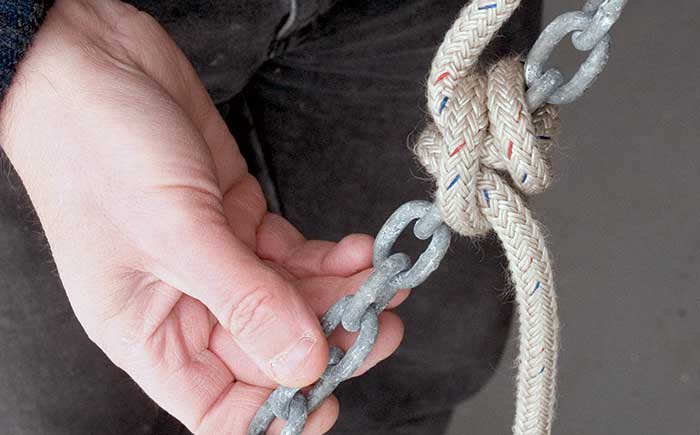 The rolling hitch works very well with chain, as the links ensure that the line won’t slip.

The rolling hitch is a very useful knot to learn. It allows you to take the strain off another line or rope that is under tension. This knot is especially handy for sailors, who can use it to relieve the strain on a sheet around a winch that has formed itself into a tangle or a riding turn that cannot be freed. It is also a useful knot when a fender may need to be tied to a stanchion or other vertical boat part.

Tip: The rolling hitch is intended for use when the line is parallel to the load. 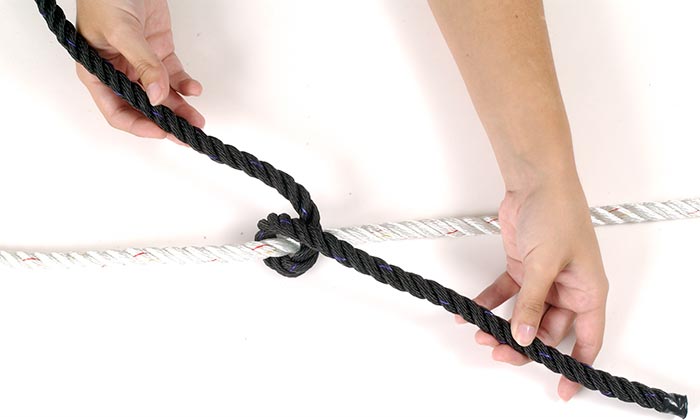 1. Take a turn around the line under strain, which, for the purposes of this photo series, is the white one. 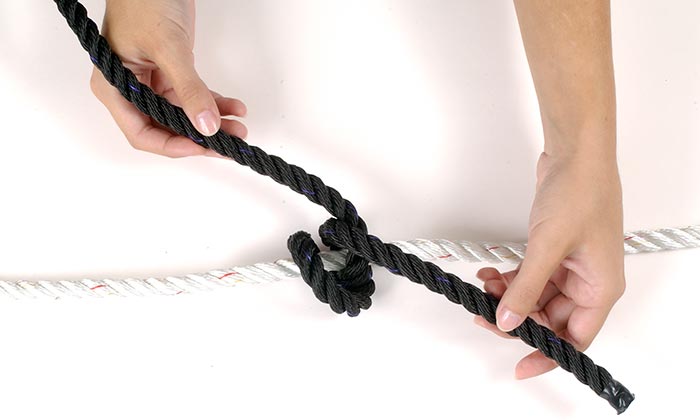 2. Take the working end of the line around the line under strain for a second turn, bringing it around on the inside of the first turn, i.e., closer to the standing part. 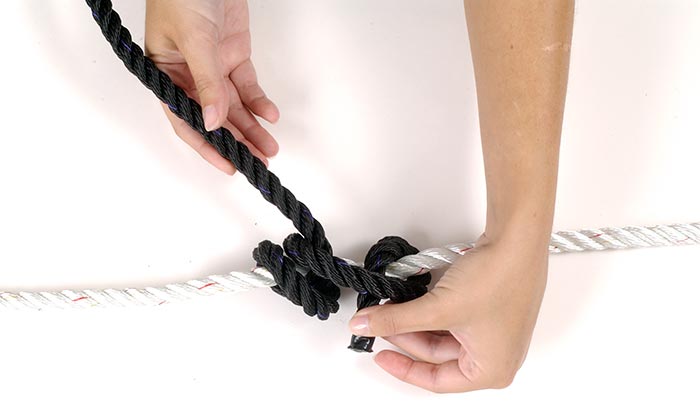 3. Pass the working end over the top of the line under strain and bring it back up, passing it under itself. 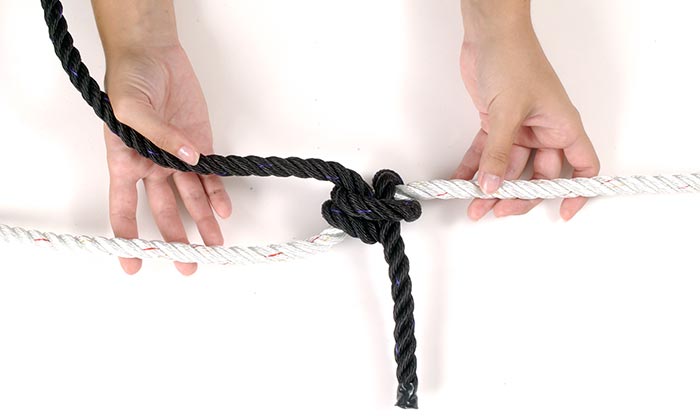 4. Snug everything down. Strain can now be applied to the standing part of the line, which will not slip, enabling you to sort out the mess on, say, a winch drum.