Almost 137 years after Christopher Columbus Smith and his brother Hank started building boats; Chris-Craft remains the oldest powerboat company in the U.S., and one of America's most iconic manufacturers. We talk to Stephen Hesse, one half of the partnership currently at her helm.

Since Chris-Crafts inception in 1874, it's gone through several incarnations: From a family business, to part of a large conglomerate, from near bankruptcy, to a revival. Most recently its fallen into the hands of owners known for specializing in boutique brands with cache, who are keen to capitalize on its fines lines, and American lore. 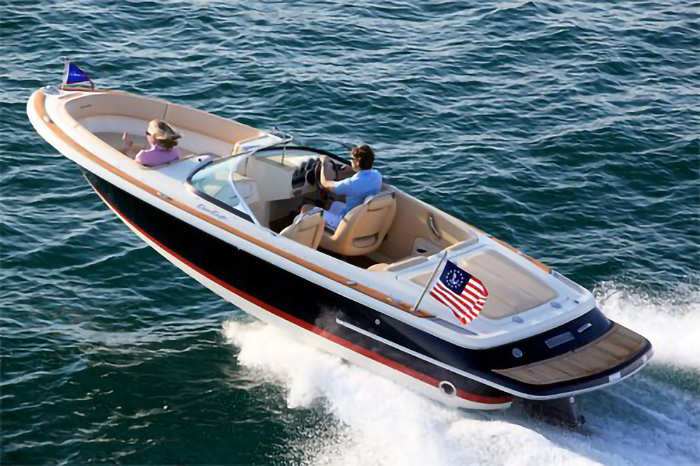 Famous for its sleek and beautiful mahogany-hulled powerboats from 1910 through the 1950s, some of the brands early, and wealthy, fans included Henry Ford and William Randolph Hearst.

But much like Ford's idea of making cars available to the middle classes, the Smith brothers wanted to reach the greater world too, and an assembly line that lowered costs allowed them to do so. Their 'affordable' Cadet, a 22-foot runabout in 1927, came with an ad campaign that promised a slice of 'the good life'. 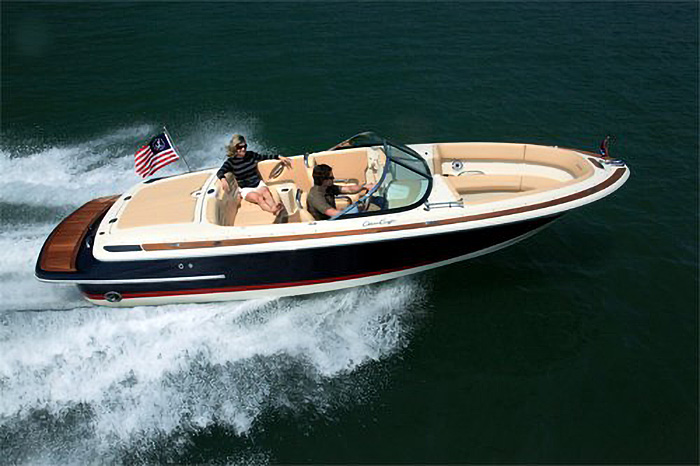 The huge consumer surge of the 1950s proved to be a particularly lucrative time for the company and they offered over 150 different models to customers, establishing themselves as the 'must have' accessory among a certain Hollywood set. Owners included Frank Sinatra, Katharine Hepburn, Elvis Presley, and Dean Martin.

In 1960, estimated to be worth some $50 million, the company, still owned by the descendents of the Smith brothers, was acquired by National Automotive Fibers. A booming 1960s boat market and a reorganization of the company saw it being taken over by Baldwin-Montrose, a chemical manufacturing company in 1968. It was eventually sold on in 1981 to Outboard Marine Corporation (OMC) for $50 million, as the company concentrated heavily on other divisions, mostly TV stations. In 2000 OMC declared bankruptcy, despite a backlog at Chris-Craft, and a February 2001 auction saw Genmar acquire all of OMC's assets for $95 million.

In March 2001, Stephen Heese and his former Harvard business school classmate, Stephen Julius, who had been looking for an opportunity to work together for a while acquired Chris-Craft's boatyard from Genmar. Shortly after they bought the Chris-Craft brand name from its owner NewsCorp for an alleged $3 million, widely seen as something of a coup. Julius already had a proven record in the classic boat business, having bought, turned around, and sold Italy's Riva boats for $34 million. The new owners timing has been somewhat challenged by a troubled economy. They initially cut the number of models from 16 to just six, concentrating on the classic lines of yesteryear, though they have slowly been adding to that count in recent years.