In Search Of Common Ground Through Boating Caucuses

Tribal politics may leave you wary of Washington, D.C. Take comfort knowing BoatUS is always there for you fighting for boater-friendly legislation. 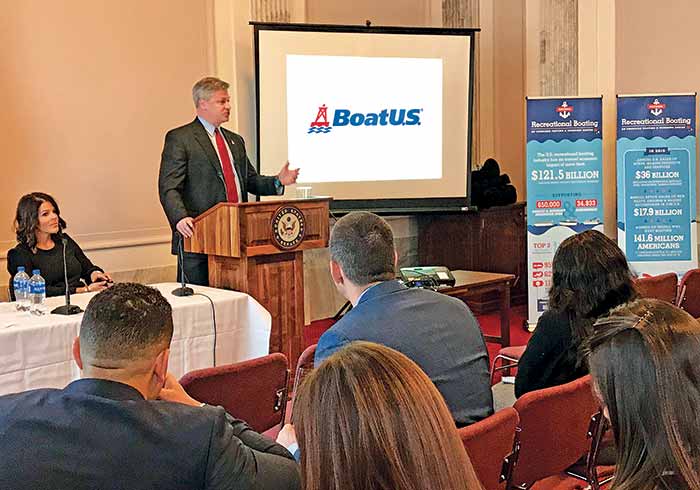 Congressional caucuses are informal bicameral and bipartisan groups of senators and representatives that advocate for a common interest. Boaters are fortunate that there are a number of caucuses that support boating activities, the state of boating, and the oceans and how to improve them. BoatUS Government Affairs is heavily involved with these groups. David Kennedy, Government Affairs manager for BoatUS says, "It's hard to overstate the value of these unique relationships to BoatUS members."

This is a group of U.S. senators and representatives formed in 1989 to advocate for the interests of the recreational boating industry. The Congressional Boating Caucus (CBC) has four co-chairs with one Democrat and one Republican each from the House and Senate. Before the midterm elections, the four co-chairs were Rep. Tom MacArthur (R-N.J.), Rep. Lois Frankel (D-Fla.), Sen. Richard Burr (R-N.C.), and Sen. Joe Donnelly (D-Ind.). Rep. Frankel, a House Infrastructure and Transportation Committee member, hails from Florida and is a boating and angling enthusiast.

According to its members, the purpose of CBC is to improve the health of the boating industry and support protecting the environment, boating safety, and better international trade for the industry. For example, Rep. Frankel and Rep. Austin Scott, (R-Ga.), joined to sponsor a bill offering consumers more information about ethanol at pumps across the nation. The bill, called the Consumer Protection and Fuel Transparency Act of 2018, is bipartisan legislation that would more clearly label harmful and corrosive E15 ethanol blended gasoline at pumps across the country and better protect engines in boats. BoatUS supports the bill, which would require the Environmental Protection Agency to do more to protect against misfueling with E15 (gasoline containing 15-percent ethanol) and offer more information on how ethanol impacts engines.

BoatUS Government Affairs actively supports CBC, testifying and sponsoring events to update congressional staffers on policy matters of interest to our members. At a recent briefing, BoatUS Government Affairs vice president Chris Edmonston spoke about the need for legislative support for recreational boating access, and specifically the Water Resources Development Act, which helps maintain the navigability of waterways by providing funds for dredging. Other recent briefings have included the shortage of qualified marine-service workers, fisheries-management reform, and the negative consequences of ethanol for boat engines.

Founded by co-chairs Sens. Sheldon Whitehouse (D-R.I.), a BoatUS member, and Lisa Murkowski (R-Alaska), Senate Oceans Caucus (SOC) is a bipartisan group of senators that works to raise awareness of coastal and marine issues and find common ground on legislation that affects our oceans, Great Lakes, coasts, and the communities and businesses that rely on these resources. The caucus is made up of nearly one-third of all senators. Sen. Murkowski said, "The bipartisan caucus focuses on elevating urgent ocean issues that can gain broad support in the Senate in order to develop innovative, effective solutions. 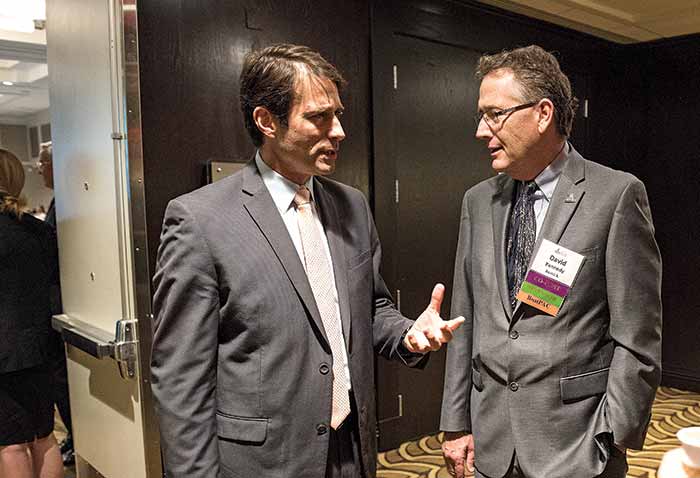 The caucus's most recent priority issues are marine debris, especially plastic pollution, and illegal, unregulated, and unreported fishing." Not long ago, the caucus was successful in winning Senate approval of a treaty to combat pirate fishing and protect American fishermen who are put at a disadvantage by the illegal practice. Other accomplishments include bipartisan legislation such as Sen. Sullivan's Save Our Seas Act, which addresses the growing crisis of marine debris (visit BoatUS.com/Gyres to learn more) and passed the Senate unanimously, and Sen. Murkowski's Illegal, Unreported, and Unregulated Fishing Enforcement Act.

"With the health of our oceans so closely tied to the livelihoods of so many, the importance of the collaborative efforts being made in the Ocean's Caucus cannot be understated," said Murkowski.

Finding common ground with such a diverse group of legislators can be difficult, but as caucus member Sen. Roger Wicker (R-Miss.) said, "Although we represent different areas of the country and may have different priorities, we can all agree that our oceans are an invaluable resource that merit considerable attention."

This is a large influential caucus with almost 300 members from nearly every state, making it the largest of all caucuses on Capitol Hill. According to the group, preserving America's natural environment and animal habitats is the key focus of the caucus, established by Reps. Lindsay Thomas (D-Ga.) and Richard Schulze (R-Pa.). The idea was to focus on traditional issues hunters and anglers cared about: public land access and conservation of those lands to ensure availability of game to hunt and fish. The two most conservation-oriented components of a supported bill would simply reauthorize existing government conservation programs, like the National Wetlands Conservation Act.

According to Congressional Sportsmen's Caucus co-chair and former Rep. Tim Walz (D-Minn.), who was recently elected governor of Minnesota, arguments within the caucus over topics like lead and the usage of federal land are some of the most heated ones they have. But he emphasizes it's a positive process.

"When we write our Sportsmen's Bill, there's some good, healthy tension about what should be included," he said. "It's how I think people would like to think all legislation is done. It brings us together around a common cause: We work together, fashion legislation, and then usher it through the process."

Senators and Representatives may come and go during election cycles. But one thing remains constant: Our BoatUS Government Affairs team is right there on watch, trying to educate and keep these caucus members' focus on the needs of the American boater.