Legislation aimed at improving fishing regulations is working its way through the U.S. Congress, and BoatUS is on watch for you. 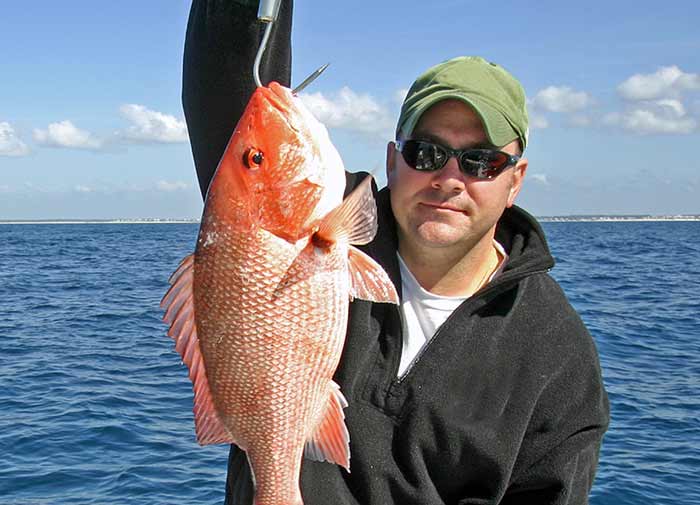 Northern red snapper are a prized food fish, caught commercially as well as recreationally. Regulators had cut the sportfishing red snapper season to just a three-day window, regardless of weather or any other mitigating factors anglers might face. (Photo: Thinkstockphotos.com/Amy Ogea)

There's a well-worn figurative phrase when it comes to the process of crafting legislation: You don't want to know how the sausages are made. That may be true for the most part, but when it comes to fishing rules and regulations — specifically when and where you can fish — we are your eyes, ears, and most importantly, your voice at the sausage-making factory in the nation's capital.

First, a little history. If you fish, you've heard of the Magnuson-Stevens Fisheries Conservation and Management Act (MSA), more commonly known as "Magnuson-Stevens," which was enacted in 1976 to prohibit foreign commercial fishing boats from poaching fish stocks off the U.S. coasts and basically pushed the foreign boats farther offshore. This was a big problem then, and this legislation had a large and positive impact, along with an added provision in 1996 to reduce overfishing and cut wasted catch in commercial-fishing operations, and a 2006 congressional revision that added more teeth to end overfishing in the commercial industry. Unfortunately, recreational anglers got lumped in with the commercial-fishing operations, which had a negative effect on when, where, and which specific species they could try to catch.

With fishing stocks recovering and stable, and commercial fishing fleets more tightly regulated, recreational fishing advocates and legislators are fighting for the rights of anglers to share in this success.

On April 6, 2017, Congressman Garret Graves (R-La.) introduced HR 2023, or the Modern Fish Act, in the U.S. House of Representatives to address the challenges facing recreational anglers in the federal fisheries management system. Rather than focusing on commercial fishing, the new bill is a comprehensive package specifically aimed at addressing the needs of the nation's 11 million saltwater recreational anglers, who have an estimated $63 billion economic impact annually and generate 440,000 jobs.

"Right now, everyday Americans who like to fish with their kids, family, and friends are being denied the opportunity to go out and enjoy a resource that belongs to them in the first place — and it's because of a highly bureaucratic, outdated, and flawed law," said Rep. Graves.

"Our bill updates the law so that accurate, real-time data can be used to make the kind of management decisions necessary to truly conserve and sustain fisheries in a way that is simply not possible under the current framework. Bottom line is that these changes are needed to ensure fishing opportunities are available for generations to come."

There's a similar bill working its way through the U.S. Senate. On July 11, 2017, the Modern Fish Act — S. 1520 was introduced by Sen. Roger Wicker (R-Miss.), Bill Nelson (D-Fla.), Roy Blunt (R-Mo.), Brian Schatz (D-Hawaii), John Kennedy (R-La.), and Joe Manchin (D-W.Va.). That bill was overwhelmingly approved on Feb. 28 by the U.S. Senate Committee on Commerce, Science, and Transportation. From that stage, the bill needs approval by the full Senate. (As of press time, the Senate hasn't scheduled a vote.) It will then need to be reconciled with the House bill, approved again by both chambers, and then signed by the president.

The intention of both versions of the Modern Fish Act is to make a clearer distinction between recreational and commercial fishing, because recreational anglers take only about 2 percent of the nation's fish stocks. The idea is that proper management could lead to longer seasons for recreational fishermen.

"This is a smart update to our federal fisheries laws," said David Kennedy, manager of BoatUS Government Affairs. "We see it leading to more opportunities to pursue more recreational angling, and hopefully spending more time with your kids and grandkids on the water." Kennedy also highlighted the importance of working with others in the recreational fishing community: The American Sportfishing Association, the Center for Sportfish Policy, and the National Marine Manufacturers Association also play key roles in moving this legislation forward.

Advocates are optimistic that given the bill's bipartisan backing of co-sponsors, this could become law, perhaps soon.

"We hope to see this bill enacted into law by the end of the year," said Glenn Hughes, president of the American Sportfishing Association, the sportfishing industry's trade association.

"Unfortunately, the current laws that govern federal saltwater fisheries are out of date and have never taken recreational anglers into account. This has led to shortened or even cancelled seasons, reduced bag limits, and unnecessary restrictions," noted Hughes.

One poster child for how this management mismatch plays out can be found in the Gulf of Mexico red snapper fishery. There, the National Marine Fisheries Service (NMFS), the federal agency responsible for the stewardship of national marine resources, divvies up the catch between recreational and commercial sectors according to a formula that, in 2014, cut the sportfishing red snapper season to just a three-day window, regardless of weather and any other mitigating factors anglers might face. That was an 80-percent cut in fishing days over past seasons. By contrast, commercial fishermen could take red snapper at any time, all year, until the industry met its quota.

"The importance of this legislation to the recreational fishing and boating community was made clear by tens of thousands of advocates who have made their voices heard by contacting their elected officials in recent months." said Jeff Angers, president of the Center for Sportfishing Policy.

The New Jersey shore and lakes of lower New York defined Rich's childhood. But when he bought a 21-foot Four Winns deck boat and introduced his young family to the Connecticut River, his love for the world of boats flourished over the years from there. A journalist by training, he worked in TV news and at several newspapers before combining his passions for 18 years at the boating publications Soundings and Soundings Trade Only, where as Managing Editor he reported on everything from boat and product innovation, to compelling feature stories, and built his reputation in the marine industry as one of the most thorough reporters in our business.