Rebuilding our transportation infrastructure is high on the nation's to-do list, but innovative grants programs have been bolstering the waterfront for years.

Rebuilding our transportation infrastructure is high on the nation's to-do list, but innovative grants programs have been bolstering the waterfront for years. 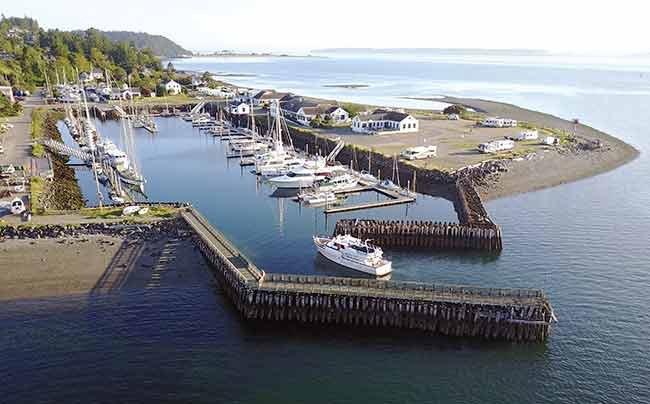 Cruise to latitude 48.1170 north and longitude 122.7604 west and you'll find yourself in what could be called the hub of the Salish Sea, the celebrated cruising grounds comprised of Washington state's Puget Sound and San Juan Islands along with the international Strait of Juan de Fuca to the west and British Columbia's Gulf Islands and Strait of Georgia to the north. And that's precisely where you'll find Port Townsend, Washington, a key waypoint for Pacific Northwest cruisers.

If you're putting in for one of the 55 slips designated for transients at Point Hudson Marina at the north end of this ever-popular "Victorian seaport" and home to the annual Wooden Boat Festival for more than 40 years, you'll pass between two rock-and-timber jetties that have protected the marina from fierce winter southwesterlies since 1934. And if you're familiar with such structures, you'll notice that both jetties are on their last legs, literally, with riprap falling through the timbers and pilings eaten away by marine borers and no longer holding fast to the bottom.

From the water, there are places where you can see daylight through the structures, according to Pete Hanke, a port commissioner who has operated Puget Sound Express whale-watching tours out of Point Hudson for some 35 years.

"The port rebuilt the jetties in the late 1960s and again in the '90s, but now the timber cribbing is failing and the pilings and cables that tie it all together are going," Hanke reports. "The jetties are under constant tension, with the rock pushing out and the cabled-together pilings trying to hold it all in. It's to the point where if the rock starts moving with wave action, we could have a catastrophic failure of the cribbing, and that could obstruct the channel. At high tide, with a southeasterly blowing, you could have waves coming right over the south jetty and into the marina."

Rebuilding the jetties would be a multiyear, $6 million project for the port of Port Townsend, which operates on a total budget of that amount annually. The port applied for, and landed, a $1.4 million federal Boating Infrastructure Grant (BIG) to demolish, then replace this vital infrastructure in two phases. Engineering is underway, and work on the south jetty should begin early in 2018 with north jetty replacement anticipated to start a year later with additional funding and completion. This includes widening the entrance channel, expected sometime in 2020.

The Port Townsend project is one of 18 BIG grants awarded by the U.S. Fish and Wildlife Service for fiscal year 2015 to build or improve boating facilities for cruising boaters in 10 states. That's a total of $12.3 million that year alone, and it all came from boaters themselves.

The BIG program funnels federal gas-tax monies that recreational boaters pay at the pump back to the states — in the case of Port Townsend, through the Washington State Recreation and Conservation Office — to build facilities specifically for transient boats. Nationally, the BIG program has put more than $180 million back into boating since Congress created it in 1998. Year after year, those federal dollars have generated nonfederal matching funds well in excess of the 25-percent match required. In many cases, the state and local match will total as much as 100 percent, a strong indication of the program's acceptance across the country. The BIG program is a key element in the Sport Fish Restoration and Boating Trust Fund.

To be eligible for BIG funding, projects must be located on water bodies deep enough for boats 26 feet and longer to navigate at a minimum 6-foot depth at low tide. A project may include costs for one-time dredging to provide access, but not routine maintenance. As in Port Townsend, which welcomes more than 5,000 transients each year, the goal is to give people traveling by boat access to shoreside shopping, restaurants, visitor attractions, chandleries, repair services, and other conveniences boaters need.

"That, in turn, benefits waterfront economies, which is a major selling point for potential grant applicants and exactly what Congress had in mind when it created the program," says BoatUS Government Affairs Manager David Kennedy. "BoatUS, with a lot of letter-writing and phone-calling support from our members, was able to steer the BIG program through the legislative process on Capitol Hill 20 years ago, and we continue to protect it today." In addition, BoatUS representatives serve on the committee that reviews and makes recommendations for new projects. 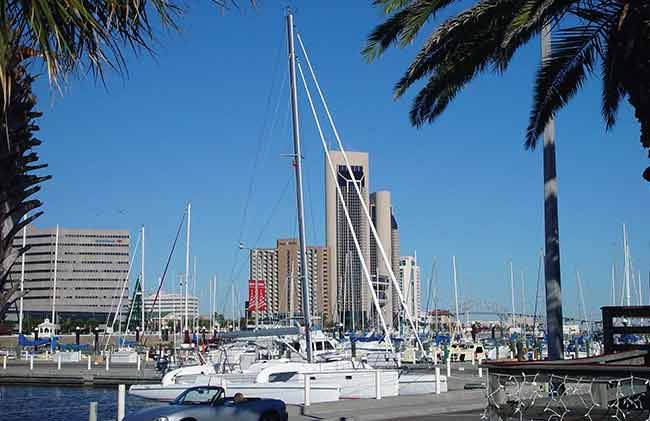 Communities like Port Townsend can apply for additional funding once a project is completed, and many have taken a similar phased-in approach to establishing or enhancing facilities over the years. Thanks to a solid relationship between the boating community and the Washington State Recreation and Conservation Office (RCO), an impressive, and varied, roster of BIG-funded projects now serve the Evergreen State's cruising boaters. In fact, the state's first BIG project dates to 2004, and it lies far to the east of the Salish Sea, up the Columbia to Richland, Washington.

Much closer to the Pacific, at River Mile 38, the Port of Wahkiakum completed a BIG-funded 24-slip transient marina in 2008. More than a dozen projects ring the Salish Sea, with more in the pipeline. Projects range from new mooring floats with gangways that accommodate the disabled at City Dock in Port Angeles on the Strait of Juan De Fuca, to the renovation of 76 transient slips plus utility upgrades at Friday Harbor on San Juan Island. At the mainland gateway to the San Juans, the Port of Anacortes used BIG dollars to replace 84 outmoded wood docks and piles with concrete and steel; and to the south, Port Orchard added transient moorage by extending its city dock 100 feet and installing new lighting and sewage pumpouts.

The City of Tacoma added 400 feet of transient dock space to its historic Thea Foss Waterway in 2011, and the City of Bainbridge Island has a major moorage expansion with floating piers and new utilities scheduled for completion late this summer.

In all, 15 boater-funded BIG projects now ring the U.S. portion of the Salish Sea (to the delight, we're sure, of many cruising Canadians). One key to Washington's success in utilizing the federal program is the state agency that administers BIG, the Recreation and Conservation Office.

By Boaters, For Boating

"Washington got in line early for the BIG program largely because the state already had an agency created to support recreational boating," says Kennedy. "Actually a boater-led citizen initiative created RCO in 1964 to put a portion of the state-levied gasoline taxes that boaters pay back into boating. So in many ways, it was the model for the federal boating program that BoatUS helped shepherd through Congress about 20 years later, known then as the Wallop-Breaux Trust Fund" (now The Sport Fish Restoration and Boating Trust Fund).

Today RCO administers 15 grant programs for a wide variety of outdoor recreation activities, from archery ranges to off-road vehicle areas, as well as conservation and habitat restoration. RCO averages 230 grants every year totaling about $60 million, according to its director, Kaleen Cottingham, who says boating access is still a core mission.

"We get 1 percent of the state tax on boat gas and put it into projects like building new launch ramps or expanding existing sites as well as facility upgrades, like pumpout services, all serving the state's 200,000-plus trailer boaters," Cottingham says. "That amounts to about $17 million a year that we can put into matching grants to benefit owners of small boats, a huge number of whom are anglers. It's a perfect complement to the federal program for nontrailerable boats." Cottingham, who does her boating with family in the San Juan Islands, says the agency depends on its Boating Programs Advisory Committee. That committee, made up of knowledgeable people from the boating community and the marine industry as well as state natural resource agencies, evaluates all applications for grants from both the state Boating Facilities Program and for submission to the U.S. Fish and Wildlife Service for BIG funds.

"RCO has been doing a great job of capitalizing on the funds available and putting them to good use for the benefit of boaters all around Washington," says Wayne Gilham, a Tacoma-based marine surveyor and current president of the Recreational Boaters Association of Washington (RBAW). "The whole process is very transparent, and that's what we love about RCO; everything is above board."

Gilham's association is made up of representatives of 50 yacht clubs around the state, but its mission is to represent the entire community of recreational boaters in Washington, and RBAW has worked closely with RCO for years.

"The agency is an unknown gem for a lot of Washington boaters even though it's really passing through some of our own funding for needed projects," he says. "Then, all of a sudden, something out there is better for boating than it was, and it's because of funds that came from boaters in support of both the state and federal facilities programs. And they say, 'Hey, where did they get the money to do that?' Well, it came from you and me. And RCO has been doing a great job of putting boating dollars to good use for all of us."

Ryck Lydecker is a fisherman and part of our BoatUS Government Affairs team.