Best Day On the Water: Nighttime In The Hawaiian Trades 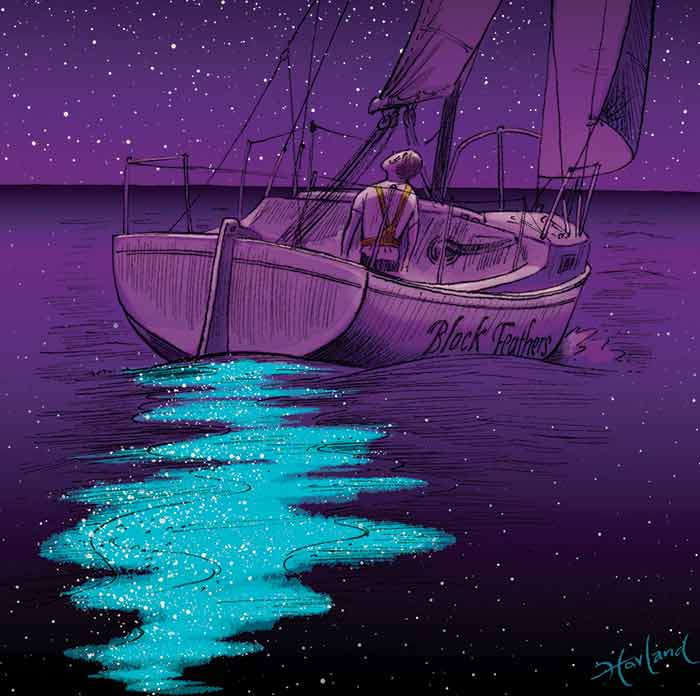 My best "day" on the water was a solo night sail in the Hawaiian trade winds, riding in the cockpit of Black Feathers, a 20-foot sloop, nearing completion of the 2008 Singlehanded TransPac Race from San Francisco to Hawaii.

The day turned into an enchanting night with a sky so full of stars that it became difficult to identify any particular one. It was magical lying in the cockpit looking up to the heavens. In the darkness, with no other boats around, I lazed there watching my boat’s masthead light as if it were signaling the millions of stars above.

Black Feathers sailed through the night, trailing in her wake a stream of spectacular phosphorescent glitter, living plankton emitting bright light. This glitter seemed to compete with the diamondlike stars above. I stood in the center hatch marveling at how it all worked. As the only one aboard, I found myself riding along as a passive observer watching this incredible machine work her magic in harmony with nature.

Ahead in the darkness, the sails blocked out the stars. Astern, the self-steering windvane, ever vigilant, constantly but subtly guided the tiller to keep us on course. With a steady breeze in my face, I could feel the stern rise as an overtaking wave lifted us. We then fell as Black Feathers slid down its face, our wake leaving its glittering trail, a reminder of where we had been.

lifestyle best day on the water

Robert Crawford is a BoatUS Member.