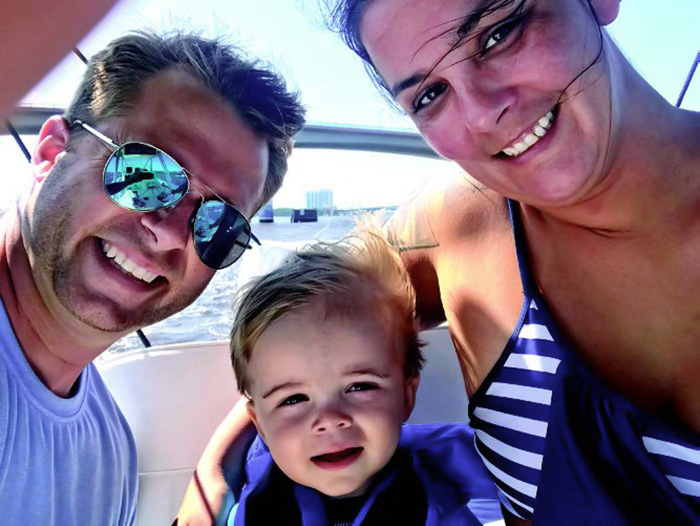 BoatUS Member Danielle McIntosh loves boats. She and her husband, Mike, have a 2003 Sea Pro 235, and one of their favorite activities is to take the new-to-them boat from their central-east-Florida-coast residence to Crystal River, Florida, to go scalloping with their 2-year-old son, Luka. "The water is our happy place."

McIntosh notes that she was the one who convinced Mike that they needed a boat. "It took about six months of working him before he gave in."

Boats are an integral part of McIntosh's life on and off the water. She's the customer service/warranty supervisor at Everglades Boats, and when a dealer or owner calls the company's support department in Edgewater, Florida, there's a good chance the soft-spoken McIntosh will be on the other end of the line.

"They hear that small voice on the other end, and they seem doubtful I can help, but I assure them I can," she says. "I ask targeted questions, then I come up with the answer and clearly explain it."

There's good reason that McIntosh, 36, has answers: She spent years working the factory floor helping to build the company's boats, starting her career with Everglades washing boats before they were delivered to dealers. From there, she moved to the hull-and-deck assembly department, supervised the subassembly department, and was a warranty technician before climbing upstairs to the company's administrative offices to interface with dealers and customers. 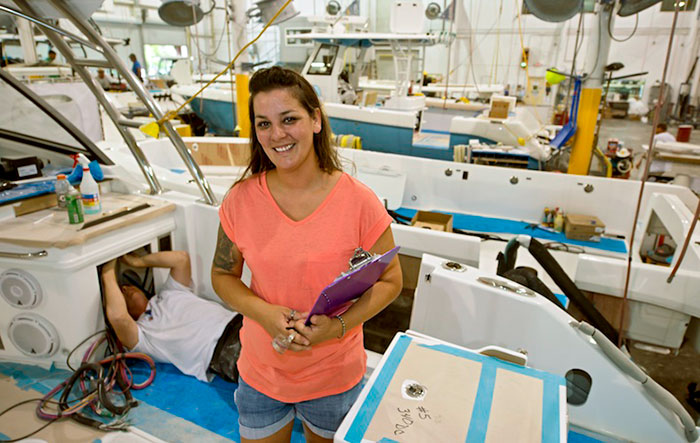 When she began at Everglades in 2011, only a handful of employees were women. "Some of the men were pretty resentful at first," she says about her start on the factory floor. "But my performance quieted them." Today, out of some 300 employees, nearly 17 percent are women, according to company CEO John Ward.

McIntosh says a key to her job is initially letting the customers do most of the talking. "We're the end of the line, so it's important to listen and figure out what their needs are," she says.

When she doesn't have the answer, she'll return to the factory floor to gather information. Sometimes, she'll even bring a craftsperson upstairs to help the customer. "Nobody understands [the boatbuilding process] better," she says.

McIntosh hopes her growth with the company can serve as a role model for other women. "When you're building boats, you need a woman's eye. You want the boat to be pretty, of course. But then you need those boats to really perform."

A 1977 University of Florida graduate, Andy Newman has administered media relations for the Florida Keys & Key West tourism council for more than 38 years. He occupies a seat on the Florida Keys National Marine Advisory Council and is obsessed with saltwater fishing, as well as working on his boat.