From exploding engines to dead-in-the-water boats to uninsurable waterlogged vessels, here are some of the more "interesting" calls we've received that can't easily be overlooked.

You've heard of "the elephant in the room." Here's how to recognize when one is in your boat sale. (Photo: Getty Images/Orla)

It's an unfortunate reality that good people sometimes make bad decisions when it comes to their boats. We're not here to judge; we've all made our fair share of mistakes along the way. While the following stories are true, some details may have been changed to protect privacy. These were all expensive lessons learned the hard way, and we can all learn from them.

While we try to stay out of family matters, if they're boating-related, we'll do what we can. Some time ago, a mom called hoping to get some advice to help her son "who was in some trouble." This could go anywhere, we thought. She said he bought an older boat from someone who "was selling it for someone else" (up goes the first red flag). The boat was sold with no title, never mind a contract, and no survey or sea trial (now a festival of red flags). Feeling pretty good about his first boat, he decided to take it out for a ride. But he neither registered, nor titled it, nor (sadly) insured it. He started the engine and it exploded leaving the boat and dock engulfed in flames. Fortunately, no one was hurt. Enter: Mom.

The fellow's mother called BoatUS Consumer Protection for advice. We can often tell quickly if the person on the other end of the line has a strong case, and this one didn't sound too promising from the outset. Mom told us that her son was on the hook for $3,000 to have the gas and oil in the water cleaned up — that, in addition to $15,000 to repair the docks. Without insurance, mom was looking for someone else to be responsible. How about the seller, she said, because he sold her son a dangerous boat without a title? Maybe the marina? The boat manufacturer? Surely someone else has to pay, she said. At this point, we were pretty sure we weren't going to be able to help and tried to let her down gently.

We said that while sometimes the person listed on the title is responsible for damage caused by his boat, in this case, no one knew who that was because, of course, there was no title. The marina just wanted their docks fixed, and whoever damaged them was likely to be in the cross hairs for that. In the end, while it's possible the son was unwittingly part of a scam, it's more likely that bad judgment played a significant role and this was to be an "adulting" lesson for the young man. We recommended the son hire an attorney.

Recently a woman called to ask what she could do about "a situation." We love these calls because they're not the run of the mill "my shop overcharged me" or "my warranty expired the day before the engine broke."

The woman had just purchased a boat and was excited to be able to take her teenage daughter along for some mother/daughter boating. The seller said the boat and engine were in really great condition but, should she have any problem, to give him a call (cue the red flags). When she got the boat home, the engine wouldn't start. She called the seller, who would not return her calls. She called us. 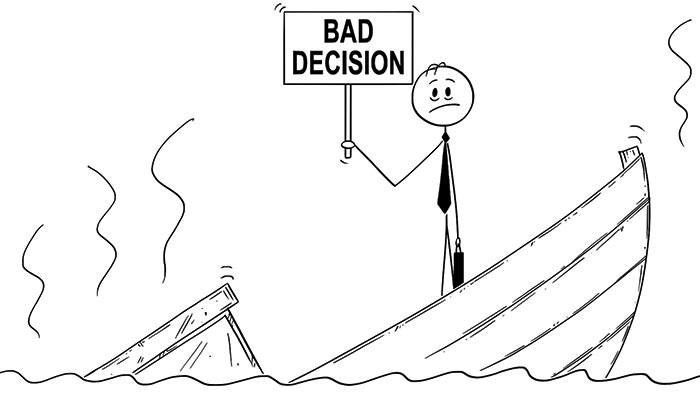 We stand ready to help our members in any way possible when they have a problem with a boat, product, or service. So we asked the typical questions: Do you have a contract? No. Did you buy the boat "as is"? Yes. Did you have a survey done? No. Did you do a sea trial? No. This was not good. "As is," we explained, means just that. No warranty, no after-sale technical support, no refunds. We advised her to hire an attorney. Then came the bombshell: She couldn't afford an attorney because, she confessed between sobs, she used nearly all of her daughter's college savings to buy the boat, which was now nearly worthless. Another adulting lesson — this one for the adult.

The U.S. Coast Guard has issued a recall for 1,499 KL Industries Electric Pedal Boats, manufactured between 2010 and 2017, for issues with safe loading, maximum weight, and label capacity. If you have one of these boats, contact your dealer immediately. The recall notes the following from the Coast Guard: "This boat, when loaded to the manufacturer-recommended capacity, became a monohull if we simply load the weights where the seats are. More important than becoming a monohull is the fact that water seeps through the hull-to-deck joint. After 75 minutes at full capacity, the boat acquires sufficient water to cause it to capsize." At least one accident with injury occurred.

The U.S. Coast Guard has issued a recall for 2009–2016 Godfrey Marine Co. models SS 188 OB and SD 187 OB for several issues. The recall states that the boats failed the flotation test for persons capacity, the stability test to starboard, and the stability test to port. The repair involves installing flotation foam to the boat. If you have either of these boat models, we recommend you contact your dealer immediately. More: BoatUS.com/Consumer

A woman called saying she purchased a used boat last year, and that it was advertised as in "excellent" condition. Not long after the purchase, which didn't include a marine survey (a recurring thread, you may have noticed), it became apparent that the boat had been seriously damaged or even sunk at one time.

During the sale, the seller had said that the insurance company he used (not BoatUS) was willing to keep insuring the boat, so there would be no issues in getting a policy. (Tip: Check with the insurance company first before assuming a slam-dunk; they're the only ones that will make that decision.) She easily obtained insurance through the company the seller said he used. But now she wanted to know who was responsible for selling her a boat that had been (she just learned) seriously damaged at one time.

We explained that sellers, in most cases, aren't required to disclose previous damage if not asked. BoatUS supports the Uniform Title Act because it requires boat titles to be branded if the boat is totaled, which may have alerted the buyer. In addition, we explained that just because a boat has been damaged and fixed doesn't mean it is automatically a bad or dangerous boat. Thousands of boats are damaged and repaired every year and, for the most part, they can be as good as before. We suggested she start with the seller and see if he/she knew any history of the boat.

Charles Fort handles BoatUS Magazine’s exclusive Reports section, a group of in-depth tech features in every issue written to help readers avoid accidental damage to their boats. He’s also on the BoatUS video team, and writes investigative features for the magazine. He writes BoatUS Magazine’s Consumer Affairs column, is member of the National Association of Marine Surveyors, he’s on ABYC’s tech committees, and has a 100-ton U.S. Coast Guard license. Charles once took his young family cruising for a year, before returning to head up BoatUS’s Consumer Affairs department, helping Members with dispute-mediation when they have consumer issues with marine products. He lives in California, where he’s BoatUS Magazine’s West Coast editor.