How Much Does Boating Contribute To The Economy? 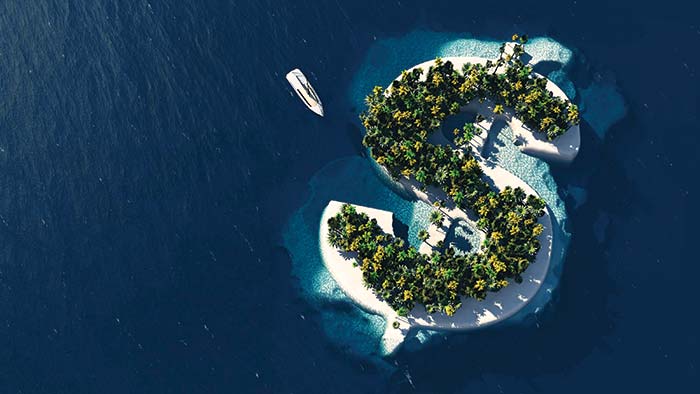 How much money do we spend on our boats? Think about all the things we do to and with our prides and joy. We buy them, we fix them, and we buy electronics, accessories, and fuel for them. We upgrade them with new engines, we pay for marinas and storage yards, and we tow them all over or sail up and down the coast, spending along the way. Sometimes we'd rather not know just how much we spend on our boats individually — but what we spend collectively on them and other outdoor activities is important because it's a really big number — and really big numbers get the attention of Washington.

How big? It's big enough that the U.S. Department of Commerce recently issued a news release that shows it as a percent of the nation's gross domestic product (GDP). For those who forgot their high school economics, GDP is the total value of all goods and services for final users (us). According to the Commerce Department's Bureau of Economic Analysis (BEA), from 2012 to 2016, outdoor recreation accounted for 2 percent of the entire GDP. While that may not sound like a whole lot, consider that 2 percent is more than agriculture, more than mining, and more than utilities in the GDP hierarchy. Here's your answer: 2 percent translates into nearly $374 billion (pending updates).

"It's no surprise the industries that keep the economy humming often receive greater attention from policymakers," says David Kennedy, BoatUS Manager of Government Affairs. "Having strong economic data behind you is important when working in the halls of government," he adds. "It can ultimately influence legislation that makes boating better, such as improving boating access, providing budgets to maintain boating infrastructure or navigation aids, improving fishing habitat, and supporting boating safety efforts."

When the data was presented, BEA congressional liaison Lucas Hitt and BEA economist Tina Highfill said they were both surprised at the number — and this from people used to dealing in very large numbers. Hitt said that, "2 percent doesn't sound like a lot, but it is a considerable amount — a very big number." BEA said that the historical lack of focused, deliberate federal spending regarding outdoor recreational activities has handicapped both the private and public sectors. "The public will no doubt be surprised at the economic importance of this industry," says Commerce Secretary Wilbur Ross. "This release is a milestone for business executives, small business owners, entrepreneurs, and government officials, who will rely on the detailed data to plan, grow, and gain new insights into this dynamic part of the U.S. economy."

What's more, the outdoor recreation economy grew 3.8 percent in 2016, compared with the overall U.S. economy's 2.8 percent growth that year, according to BEA data. And boating specifically grew at an even faster rate. "It had nearly twice the growth rate as outdoor recreation as a whole," Hitt said of boating and fishing. "It's clearly one of the driving subsets of growth of outdoor recreational activities."

The numbers came from what BEA calls the Outdoor Recreation Satellite Account (ORSA), which is a new subset of the overall GDP that's been parsed out for more detail. ORSA, a partnership between the Department of Agriculture and the Department of the Interior, analyzes the outdoor recreation economy and its effects on the overall U.S. economy.

Outdoor recreation and boating adds to the economy in another very important way, too: BEA's Hitt and Highfill added that there are approximately 4.8 million jobs associated with outdoor recreation, something else that very much gets the attention of policymakers.

BoatUS is part of a coalition of outdoor groups, organizations, and businesses under the Outdoor Recreation Roundtable (ORR) that urged the federal government to recognize the industry's economic importance. ORR is taking steps to make sure there is funding for this type of economic data that is used to show Congress and the administration how much boating contributes to the economy and to job growth.