BoatUS Consumer Affairs is there for you when you need help negotiating a good-faith solution due to unresolved problems with products or services. 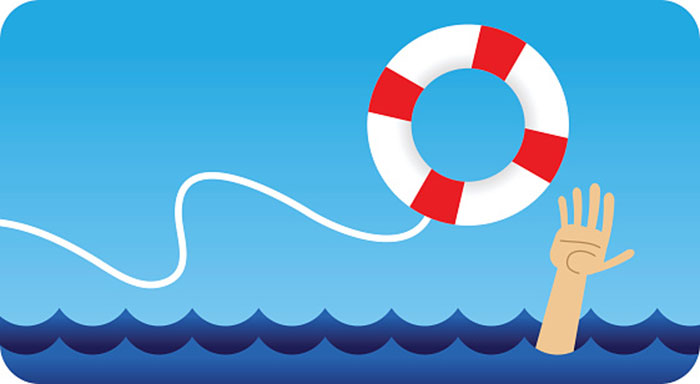 Good companies work hard to keep their customers happy. Once in a while, though, expectations aren't met, a product may fail, or there's a problem with a service. When communication between company and customer breaks down, our BoatUS Consumer Affairs team tries to assist in finding a good-faith solution. Sometimes all it takes is knowing who to talk to and what to ask.

We've been helping our Members resolve disputes for 28 years, and we often can find ways to cut through red tape and help both sides come to an agreement. Some of our biggest successes are not measured in tens of thousands of dollars but in simply getting our members what they paid for so they can get back to enjoying boating.

Early this year, Robert Desso bought a custom boat cover for his 22-foot Express online from Wholesale Marine. Desso said the cover, made by Westland, arrived 3 feet too short for his boat. He contacted the company, got a return authorization, and sent back the cover. But after a few weeks, he had no cover or a refund. He called us. We suggested he recontact the company and let them know we were involved. Desso emailed us to say he did just that and "Wholesale Marine issued a refund this afternoon!"

Member Alex Daly purchased a Cal-June mooring ball from JMS Online Marine Supply. Last year, during Hurricane Jose, the chain broke from the ball. He contacted the online dealer, which said it only provides a 30-day warranty. He contacted the manufacturer, which informed Daly that he was past the one-year warranty. Daly felt that the chain shouldn't have failed after a single season and asked for our help getting a replacement mooring ball. We emailed Cal-June asking for help. A couple of days later, the company responded saying that it would provide a new mooring ball, and a week later it arrived.

The Carolina Cushions on a Member's boat were turning pink. This wasn't the first time BoatUS Consumer Affairs has been involved with this problem. Having found a resolution before, we knew who to direct the Member to contact and what to say. We also knew that copying us on the email would likely help.

Carolina Cushions was helpful in the past, and after receiving contact from the member, it readily agreed to replace the cushions. A few weeks later they arrived. Russell said he appreciated our help and advice.

A Member wrote to complain that he never got the custom canvas he ordered from Ballard's Upholstery. He left his boat at Ballard's shop from November through January and paid a deposit of $2,500 for the cover. He said his existing canvas was removed and now his boat had no cover. He either wanted his new canvas or his deposit and his old canvas back. We agreed to help. A few days later, he said that he probably wouldn't need further assistance because he mentioned to Ballard's that he'd reached out to BoatUS for help and the company came through and got his new canvas made.

A Member's new 2017 Bayliner F21 came equipped with a Mercury 150-hp, four-stroke outboard. He asked us for help because the engine wouldn't reach wide-open throttle. His first attempt to fix the problem with Mercury was unsuccessful; they were unable to find a problem with the engine. In October last year, Bayliner asked the member to have the boat weighed; it came back heavier than it should have by almost 900 pounds. We recommended that he write to Mercury and copy us asking that they do a sea trial to see what might be wrong.

In January, Brunswick responded that it was looking into the issue. Initially, it thought the problem was resolved with a new prop, but we referred them to the Member's well-kept notes that indicated that wasn't the case. Bayliner then asked him to take the boat back to the dealer for weighing. He did, and it was the same weight as the member had reported. Bayliner then tried several new props.

With still no resolution, Bayliner suggested installing a jack plate, believing the motor was too low. With more communication, the product support supervisor for Brunswick told the member that rather than keep trying to figure out what was wrong, the manufacturer would replace his boat with a new one. Bayliner removed the engine and electronics on his 2017 overweight model and installed them on a brand new 2018 model.

A Member bought a 42-foot 1990 Moody sailboat in October. The condition and valuation survey performed listed a possible misalignment of the Volvo MD-22L engine and uneven wear of the cutless bearing, among other items needing work on this older boat. The member brought his boat to a shop to fix the vibration. When he got his boat back, however, he immediately noticed the shaft oscillation was still there. When speaking to the shop about it, he claims he pointed out that the shaft oscillation hadn't been addressed. The shop responded that maybe it could be "old parts mixed with new parts" or that "the propeller was out of balance." The mechanic mentioned that he hadn't checked the shaft for straightness.

The Member said the shop offered no help, so he took it to another shop, which found that the shaft was banging on the underside of the hull or shaft tube. The technician ultimately balanced the prop, changed the shaft saver, which was distorted, and aligned the engine and shaft. Unfortunately, the Member had to pay an additional $2,298 over the $4,317 he spent at the first shop. He sought our help. Eventually, the first shop agreed to help and sent a check for $3,000.

A Member contacted us for help in working out an issue involving storage charges with his marina. The marina claimed he didn't acknowledge part of his contract and that a check he gave them wasn't complete. (The member wrote the dollar amount in numerals but forgot to write out the amount in words.) The marina said because of this it would not enter into a winter lease agreement making storage charges much higher and causing him to owe an additional $1,370, due immediately. It also said his boat must be out of the marina in a few weeks and would seize his boat if not removed on time.

We wrote to the marina asking to refund the Member enough money to bring his balance back to what was initially agreed on, along with a signed note stating that nothing more is owed and giving him a one-month extension in case weather makes it impossible to leave by the deadline. We spoke with the marina management, and it initially looked like a resolution was not possible. However, the member wrote back saying that he was working it out and was sure that our involvement was nudging his case along.

Member Matthew Kemper owned a Kohler generator that he'd been trying to get repaired under a recall after seeing an article in BoatUS Magazine. The recall stated: "Carbon monoxide poisoning may result from failure of the black iron wet exhaust pipe used on these generator sets," something that shouldn't be ignored.

His boat had one of the recalled generators, but his installation made access difficult. Because the dealer wouldn't be compensated for the additional time needed to repair the generator, he said the repair couldn't be done at no charge, which is what should happen with a recall. Kemper contacted us for help.

We discovered a service bulletin that allocates that the number of labor hours Kohler will pay for the repairs are limited, and anything over that amount must be borne by the owner. We also spoke to a dealer who said some shops may not be willing to accept a lower labor reimbursement and also may not be willing to accept liability of the repair because of potential serious consequences. Total Energy, a Kohler dealer, said there were several other shops nearby that might be willing to do the work and offered to help find one. Kemper settled on Dock Box Services, which ordered and installed the part.