If you assume that the marina will pay for the damages, you may be in for a shock. 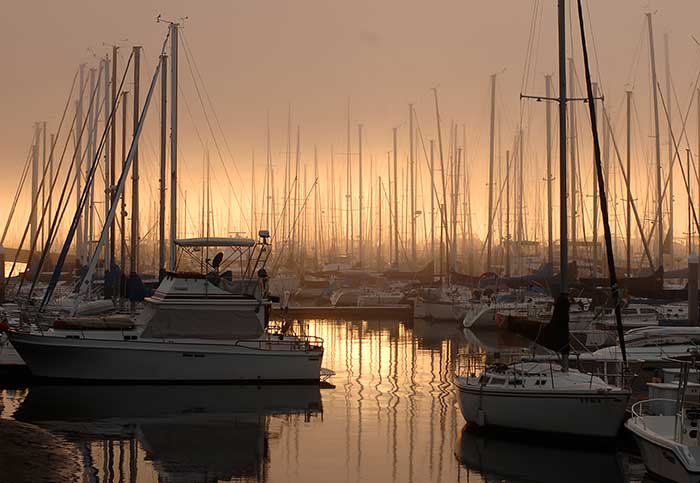 More and more, marina contracts include phrases such as, "The boat owner fully agrees and releases the marina from any liability for loss or damage to the boat, under any circumstance, including any negligent acts or omissions by the marina or its personnel." Besides shielding marinas and their insurers from having to dig deep to pay settlements for losses and damages, marinas can save considerable dollars by having customers sign "hold-harmless" clauses in rental agreements. These policies often have large deductibles and the premiums are going up every year.

The sluggish economy has put a sharper focus on the bottom line and businesses are understandably trying to keep costs down, but it's often at the expense of consumers, their customers. Consumers who agree to hold-harmless clauses can find themselves between a rock and a hard place: a marina absolved of responsibility on one hand and their own insurance company that refuses to pay out claims on the other, because these clauses are often in conflict with the boat owner's insurance policy.

With less protection from the marinas, can boat owners expect slip fees to go down? No. Marina customers find themselves in basically the same position as airline customers: The peanut packets are smaller and there's a lot less leg room, but ticket prices and baggage-handling costs are higher.

In addition, "marinas are increasingly asking to be added to the individual boat owner's policy as an additional insured," explains Carroll Robertson, senior vice president of BoatUS Marine Insurance Claims. Besides reducing the cost of the marina's insurance, claims paid due to the marina's negligence become part of the boat owner's claims history, not the marina's, and can potentially drive up the consumer's insurance premiums.

"Some of the 'additional insured' requirements are pretty broad," Robertson said. "Just last week, we spoke with two BoatUS insured members, one in California and the other in Florida, whose marinas had an incredible list of requirements and waivers in their slip agreements."

Adds Dottie Stopher, BoatUS underwriting supervisor, "Both marinas told the boat owners that they knew insurance companies would not cover what they were asking. The marinas expected the boat owners to assume the responsibilities themselves.

"The marinas did not want to be responsible for anything at all," Stopher added, "including damages or injuries caused by the marina or staff, customers, or guests."

Can marinas really impose such requirements on their customers? The short answer is, yes, they can certainly try. But customers don't have to take the bait.

Liability waivers, also called exculpatory provisions or hold-harmless clauses, are enforceable only when the terms are "not inconsistent with public policy" – in other words, when they do not conflict with existing laws, according to a New York Law Journal article ("Liability Waiver Decision a Step Forward for Entrenching Uniformity," October 24, 2011) written by James E. Mercante, an admiralty lawyer.

In fact, several court cases have judged that hold-harmless clauses are valid, except in cases of gross negligence by the marina.

Mercante also states that they're enforceable only when both parties have equal bargaining power. So, even though the marina is the one writing the contract, the boat owner has the right to negotiate specific terms to suit his needs. These new terms may add up to higher slip fees if the marina has to buy special insurance to cover the boat owner.

For those who think they may be shot down if they attempt to negotiate, remember, everything is negotiable. "Equal powers" exist between the parties at the time the contract is being negotiated. Once the contract is signed, the boat owner, of course, doesn't have the ability to go back into the contract and change terms that have already been agreed to. Walking away from the deal, rather than signing an unpalatable contract, may not be an easy choice for the boat owner, but it is a compelling reason why a marina that wants to stay in business may be willing to compromise. If enough potential customers decide to take their boats elsewhere, it hurts the marina.

Mike Pellerin, director of BoatUS Underwriting, advises consumers to review questionable contract terms with their insurance companies. "BoatUS Marine Insurance has helped to resolve issues like these and come up with language that both sides can agree upon."

In addition to hold-harmless clauses, some marinas also try to get their customers to agree to waive the right for their insurance companies to subrogate or recover for damages caused by the marina. Insurance companies generally have the right to step into the shoes of the party whom they compensate (in other words, the insured boat owner) and seek recovery from any party legally responsible for the damage, and whom the boat owner could have recovered from directly. If the boat owner does anything to interfere with the insurance company's right to recover, such actions could void his insurance coverage, or he could end up having to return the amount paid by his insurer.A few years ago, a Maryland marina tried to require its customers to sign an addendum to their regular slip agreements, waiving their right to subrogate while the marina was being renovated. Needless to say, few customers were willing to do so, even though the marina reduced slip fees by 10 percent, or about $500, a reduction that wouldn't come close to covering significant damage.

"The cases where we see requests for waivers of subrogation are typically from marinas that are owned by municipalities or marinas owned by the National Park Service that subcontract the management of the facility," explains Pellerin. "We have had requests from municipalities that were unreasonable in their demands."

Again, Pellerin advises boat owners to review slip contracts with their insurers. Individual contracts can be renegotiated, but success by one slipholder doesn't mean the changes are shared by everyone else unless the consumers join together.

"If the marina does not accept our standard language, we create an endorsement that will work for all of our insureds at that marina," Pellerin said. "Case in point, we recently had a waterfront neighborhood in New York where we had to create specific language and make sure it was attached to all of our policies for insureds that kept their boats at the slips."

Caroline Ajootian is the former AVP of BoatUS Consumer Affairs.